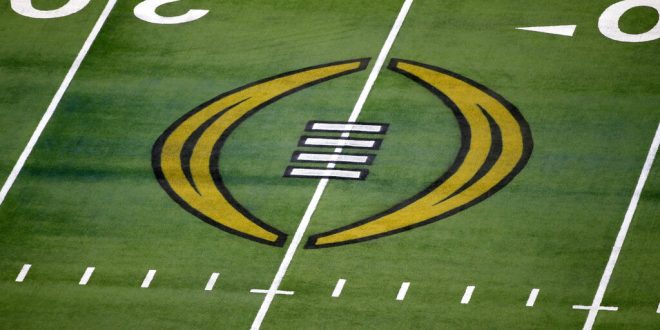 With the departure of Anthony Richardson, the Gators will need to pick a new starting quarterback for the 2023 season and could use the transfer portal to do that.

As the 2022 season comes to an end, the transfer portal has quickly begun to heat up as players enter from all over the nation. The Gators could be primed to find an experienced quarterback from the portal as multiple high-profile arms have already entered since the regular season’s end.

Here’s a look at who the Gators could pursue over the offseason.

Slovis Out of Pittsburgh After One Year

Kedon Slovis entered the transfer portal Monday and will be one of the bigger names in the portal this offseason. The senior will enter the portal as a graduate transfer after just one year with Pittsburgh. Prior to being with the Panthers, Slovis spent three years at USC.

His freshman season, Slovis threw for around 3,500 yards and 30 touchdowns. His stats have certainly regressed since his freshman campaign, as in his most recent season he threw just 10 touchdowns with nine interceptions.

Nonetheless, Slovis could be a main target for the Gators. According to sources at 247Sports, Florida has already reached out to the quarterback.

DJ Uiagalelei could potentially be the biggest name to enter the portal thus far. The Clemson transfer improved significantly from last season, throwing for 22 touchdowns and rushing for an additional seven. However, an up and down end to the season culminated with his benching early in the ACC Championship game, and that appeared to be the last straw for Uiagalelei. Head coach Dabo Swinney announced following the ACC Championship that Cade Klubnik, not Uiagalelei, would start the Orange Bowl.

The landing destination for Uiagalelei is unknown. Although, several reports have come out saying that the west coast is likely high on the list given his roots in California. Regardless, the Gators could make a strong push for another veteran quarterback with a lot of big game experience. Despite his inconsistent career at Clemson, Uiagalelei did show signs of potential excellence. He made one of his best starts in place of Trevor Lawrence, who was forced to miss the big-time matchup with Notre Dame. Uiagalelei ended up throwing for 439 yards and scored three total touchdowns.

Texas backup quarterback Hudson Card also intends on entering the transfer portal. Card, now in his third year with the Texas program, spent much of the year behind true freshman Quinn Ewers, who appears to be the team’s quarterback moving forward.

He did start three games early in the season after Ewers went down in the game against Alabama. Card kept the Longhorns in that game, completing 14 of his 22 passes for 158 yards. Despite not scoring a touchdown, Card was able to give Texas a chance to win that game against then No. 1 Alabama.

Over the course of his three starts, Card played very well, throwing six touchdowns and just one interception. He has the benefit of spending three years mainly on the sideline learning and developing behind quarterbacks like Sam Ehlinger and Casey Thompson.

The Cowboys’ quarterback started the season hot as did the entire Oklahoma State team. Spencer Sanders scored 18 touchdowns and threw just two interceptions in the midst of the team’s 5-0 start.

Sanders’ play regressed starting with Oklahoma State’s loss to TCU. In the final five games he played, he scored just seven touchdowns and threw seven interceptions. The Cowboys went 2-5 after starting the year 5-0 and rising up to No. 8 in the AP Poll.

Despite a rough end to the 2022 season, Sanders has proven over the course of four years with Oklahoma State that he is a legitimate dual threat. Sanders has four seasons of 2,000 or more passing yards and has accounted for 85 total touchdowns.

The Wake Forest quarterback is coming off of back-to-back 30 plus touchdown seasons. In his 2022 campaign, he threw for 35 touchdowns and 11 interceptions. The year prior, Sam Hartman threw for 39 touchdowns and scored an additional 11 on the ground to put up 50 total touchdowns.

Hartman is wrapping up his fifth season at Wake Forest, although he is classified as a redshirt junior and will have at least one year of eligibility remaining.

If the Gators do get Hartman, the offense will gain a lot of experience, with his almost 50 career games played and over 100 career passing touchdowns.