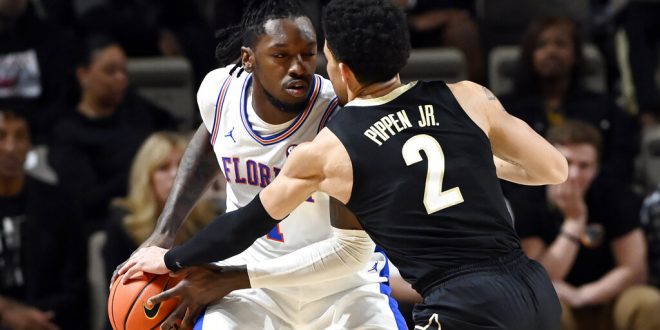 Felder Taking a Leave of Absence from Gators Roster

A day before the Florida Gators take on the Missouri Tigers, Gators head coach Todd Golden announced that senior forward CJ Felder has taken a leave of absence. The former Boston College transfer was averaging 2.5 points and 3.1 rebounds in 13.3 minutes before the announcement. Golden revealed the news Friday that Felder would not be on the bench against Missouri.

Golden mentioned that the South Carolina native leaving the team was not disciplinary, and it was due to personal reasons.

Something may be going on internally with #Gators forward CJ Felder.
I posted this observation on the @InsideTheGators forum about 8 mins through the first half. Soon later, he left the bench & presumably went back to the locker room. He was unseen for the remainder of the half. pic.twitter.com/71cORbOiBz

The team supported Felder’s decision, with Golden saying that he is “still a part of our family, love him.” In regard to Felder possibly returning later in the season, Golden said,

“He’s just going through a little bit of a time right now and leaving the door open for him to join the team again this season whenever he’s ready.”

Felder has been primarily a backup next to Colin Castleton since conference play began, after starting the first seven games of the season. The Gators will now have to find an answer to backup the power forward spot in Felder’s absence. Florida is currently 9-7 and 2-2 in conference play, as they host Missouri on Saturday.