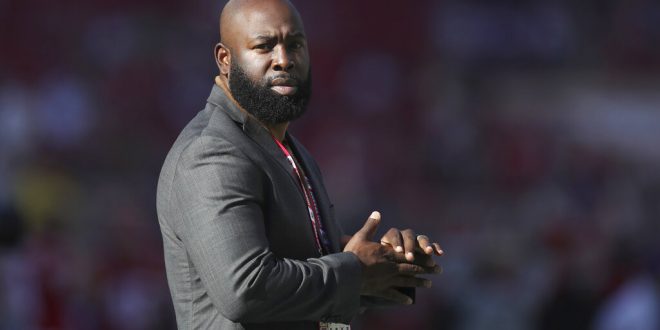 The Tennessee Titans officially named Ran Carthon as their new general manager on Wednesday. Over the past two seasons, Carthon served as the director of player personnel for the San Francisco 49ers, and he was a running back for the Gators from 2000-03. He accumulated over 1,800 rushing yards and 12 touchdowns during his tenure at Florida.

Time with the Gators

Carthon played with the Gators for four seasons. He was coached by both Steve Spurrier and Ron Zook. Over the course of his time with Florida, he saw improvements in most statistical categories including yards, rushing attempts and touchdowns. Moreover, in his senior season, he was the leading rusher on a Gators team that finished 8-5 and played in the Outback Bowl.

Carthon had a brief NFL career. He signed with the Indianapolis Colts as an undrafted free agent in 2004 and played for the team for two seasons as a running back and kick returner. He would finish the 2006 season as a practice squad member of the Detroit Lions. Although his playing years were short, Carthon ascended as an executive with multiple teams in the league.

He began as a pro scout for the Atlanta Falcons from 2008–2011. Then, he became the director of player personnel for the Los Angeles Rams from 2012-16. He would later become the director of player and pro personnel for the 49ers from 2017-2023. With the Titans firing their general manager back in December, the process of finding a replacement concluded with the hiring of Carthon on Tuesday.

The Titans won the AFC South in 2020 and 2021, but had underwhelming playoff performances in both seasons. This past year, the Titans failed to make the playoffs, finishing with a 7-10 record. With one of the best running backs in the NFL in Derrick Henry and a solid defense, there is pressure on the Titans to make the playoffs in a weak AFC South Division. Carthon will have the responsibility to put the right pieces together in Tennessee.