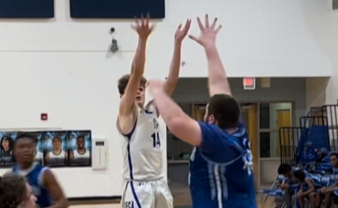 St. Francis Wolves season scoring leader Tyler Dey was absent for the game, but it did not matter. After taking an early 18-7 first-quarter lead, the Wolves never looked back as they pulled away from GCC in the second half by outscoring them 30-10. The Wolves dominated the boards finishing with more rebounds than the Warriors had points thanks to a collective approach. Sophomore guard William Collett and freshman forward Brett Thomas led the way in scoring with 15 points. Senior forward Cole Redding had 14 points, nine rebounds and three assists. This game was a classic example of a team stepping up when the star player goes down.

The 36-point victory is the largest of the season for St. Francis. With the playoffs approaching, the wolves’ record now stands at 5-14 with three straight road games coming up. First will be a trip to Tallahassee to take on the John Paul II Panthers.

GCC struggled in this game with several turnovers and cold stretches offensively, being held 35 points below their season-scoring average. This is a young team, with only 3 seniors on the roster. Being a small school, the varsity team even has two 5th graders-Elijah and Andre Booth who both play significant minutes off the bench.

The 8-7 GCC Warriors next game will be at home versus 3-15 Old Plank Christian Acadamy (Jacksonville) on Thursday 1/26. 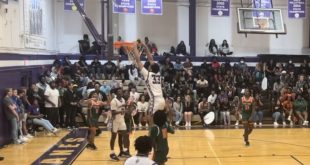