The number six Florida women’s track and field team is celebrating today after taking home the 2012 SEC Indoor Track and Field Championship on Sunday in Lexington, Kentucky.   The championship makes Florida’s second in three years and seventh SEC title overall. Scoring a total of 132 points in the meet, the Gators topped second place LSU by 23 points as they finished with a total of 109.

The team took advantage of the final day scoring 98 points, including a stellar performance by distance runner Florence Ngetich. Finishing first in the 5000 meter race with a time of 16:12.64, Ngetich brought home the only individual SEC title for the women on Sunday. It wasn’t until the distance team ran the mile and scored 21 points that the Gators locked down their lead and were able to seal the championship Sunday.

As for the men’s team, the Gators totaled 137 points coming up just 14 points shy of bringing home another championship. Arkansas was crowned SEC champs and won the title with a total of 151 points. Though the team came up short, the Gators still took home some individual titles on Sunday including sophmore hurdler Eddie Lovett who won his second consecutive 60m hurdles title recording a time of  7.78.  The Gators were also able to win their fourth consecutive triple jump title after junior Omar Craddock won with his first jump of 16.44m/53-11.25 .

With the solid performances of both the men and women, the Gators look to improve as they travel to Boise State for the 2012 NCAA Indoor Championships going on March 9-10. 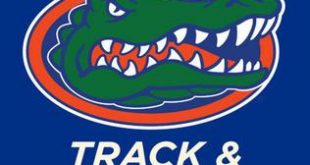 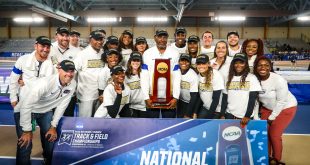