The Gators baseball team will finish out the regular season on the road with a three-game series starting tonight against Auburn. Florida is starting the weekend off two games behind Kentucky, leading 18-9 in the SEC. The Gators also trail behind LSU and South Carolina, but hope to win a share of the SEC Championship for the third year in a row. Seeding for the SEC tournament will not be concluded until the weekend’s results are in.

Florida and Auburn have not met on the field since 2009 at Plainsman Park when the Gators won two out of a three-game series. In tonight’s game, junior Hudson Randall will start for Florida, as he took his last three starts against Arkansas, Kentucky, and Mississippi State for a 3-0 record and 2.75 ERA in 19.2 innings. Sophomore Karsten Whitson, with a season high of four strikeouts in 3.1 innings against Mississippi State, will start in the finale against Auburn for his fifth start in action. Auburn will open tonight with senior pitcher Jon Luke Jacobs with a 3.10 ERA.

The Gators have clubbed 62 home runs in 52 games, including 14 from junior Mike Zunino, 12 from senior Preston Tucker, nine from junior Nolan Fontana, seven from senior Daniel Pigott, five from freshman Taylor Gushue, and five from junior Brian Johnson, who will begin the Auburn series on seven-game hitting streak. Johnson, leading the team with 13 starts, will return to the rotation in game two on Friday after being out in the game against Mississippi State due to a hamstring injury.

You can catch all the action on our sister station, Country 103.7 the Gator starting at 7pm. 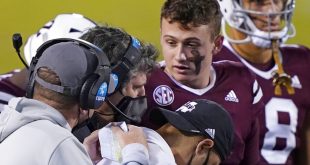