The Atlantic Coastal Conference is reportedly close to announcing a Grant of Media Rights deal with their member schools that would last through 2027.

The deal mirrors those in place for the Pac-12 and Big-12, and it essentially puts an end to conference realignment.

Greensboro, N.C. – The Atlantic Coast Conference Council of Presidents announced today that each of the current and future 15-member institutions has signed a grant of media rights, effective immediately.

“This announcement further highlights the continued solidarity and commitment by our member institutions,” said ACC Commissioner John Swofford. “The Council of Presidents has shown tremendous leadership in insuring the ACC is extremely well positioned with unlimited potential.”

“The ACC has long been a leader in intercollegiate athletics, both academically and athletically,” said the collective ACC Council of Presidents. “Collectively, we all agree the grant of rights further positions the ACC and its current and future member schools as one of the nation’s premier conferences.” 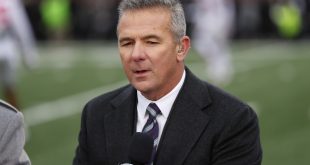