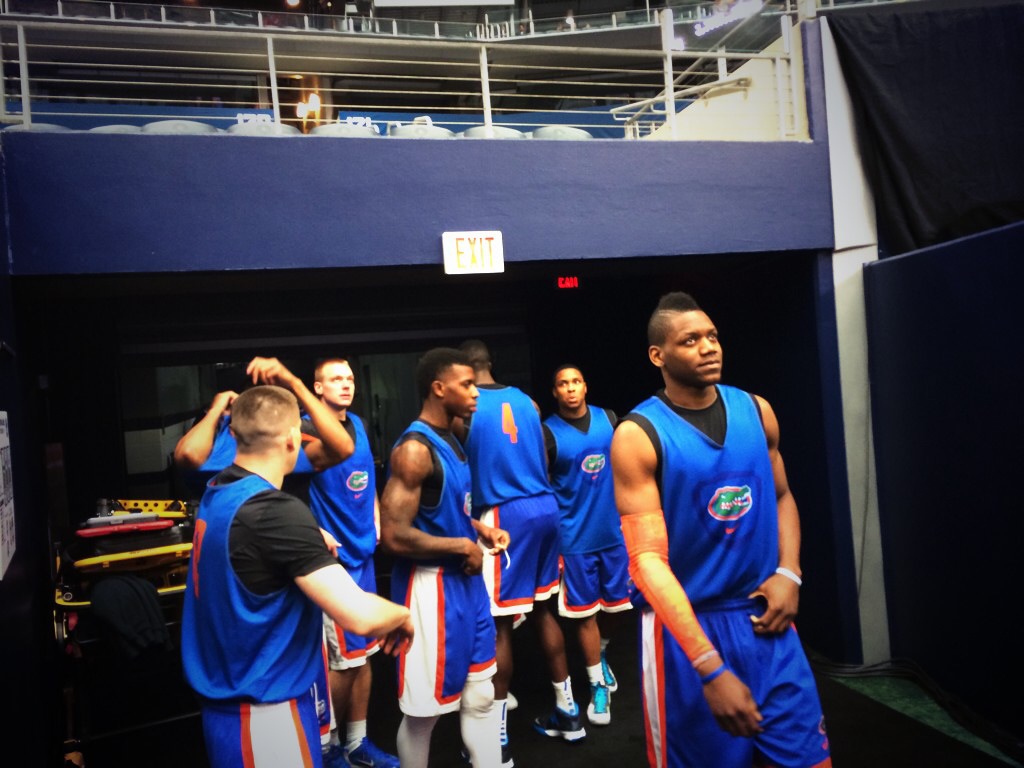 The Florida Gator men’s basketball team has been on a date with destiny since the start of this season. Over the course of five months, they’ve accumulated 36 total twins (30 in a row), an SEC regular season and tournament title and even solidified themselves as one of the Final Four teams still

alive to compete for a national championship. UF is making its fifth Final Four appearance, fourth under head coach Billy Donovan. The Gators have reached at least the Elite Eight in each of the past four seasons, while no other team in the country has even made the Sweet 16 all of the past four years. Guard Scottie Wilbekin added to his trophy case with South Region Most Outstanding Player honors, averaging 16.8 points over the Gators’ first four NCAA Tournament games. Michael Frazier II also earned All-South Region recognition, with 10.5 points and 4.0 rebounds per game and 10 total 3-pointers. UF’s four seniors have played a combined 543 career games, including 265 games started. Meeting with the media earlier this week, Donovan praise Frazier’s work ethic. “Michael’s as hard of a working kid that I’ve ever been around,” Donovan said. “I never have to worry about dragging him into the gym or getting him extra shots; he’s got great ability to shoot the ball. Our team, myself, we feel very confident when he shoots the ball.” UF played UConn with essentially six players in the first meeting: Kasey Hill was out, Chris Walker was not yet at UF, and DeVon Walker and Jacob Kurtz played eight combined minutes. The game was finished off with a Shabazz Napier buzzer beater, but Donovan knows Uconn made it this far with more than just Napier. “Shabazz is a great player and he gets a lot of attention, and rightfully so, but it’s not just a one-man team,” Donovan said. “Boatright is terrific offensive player, plays with great energy on the defensive end of the floor. Daniels, Brimah, Giffey, they’re a whole team. Both teams and both head coaches know this game will play out differently than the first time they met, but they’ll have to wait until 6:09 pm EST to find out. For audio on the quotes above, click here: Billy Donovan on Michael Frazier’s work ethic Billy Donovan praising Uconn’s scorers