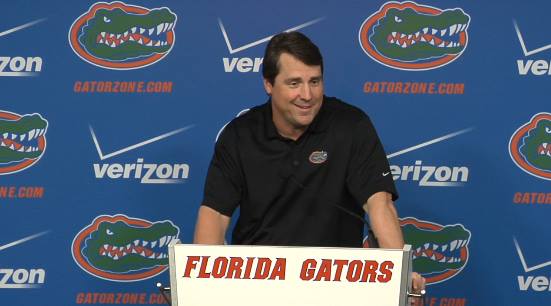 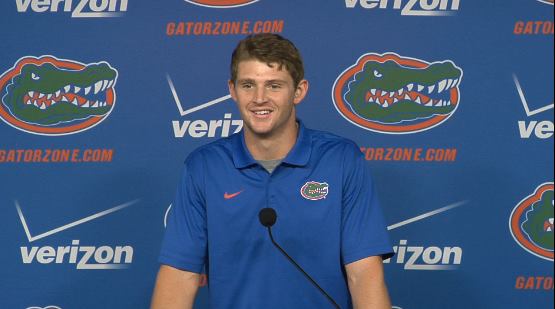 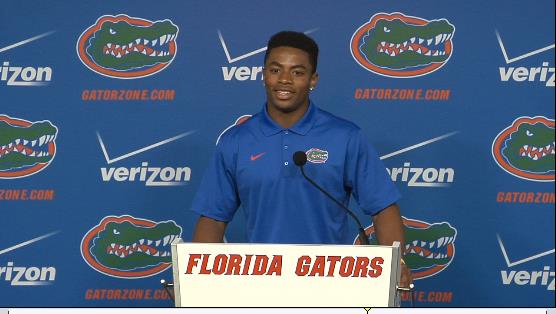 The Florida Gator football team faces arguably its toughest game of the season this week as it travels to Tuscaloosa to play SEC powerhouse Alabama. The Gators are 2-0 after coming off a triple overtime victory over Kentucky 36-30 to kick off their SEC schedule. Alabama is 3-0 coming into this game and holds the advantage in the series with Florida 23-14.

This week’s match up features two of the nation’s leading receivers in Florida’s Demarcus Robinson and Alabama’s Amari Cooper. Gator head coach Will Muschamp said the defense has to contain Cooper.

“He’s a guy that can stretch the field vertically. They do a nice job in the run game of getting the ball to him in a lot of what I call quick situations of seeing a bad box and getting it out to him on the perimeter, creating some one on ones. We gotta make sure we identify and know where he is. He’s been targeted a bunch in their first three games, so there’s no question he’s a play-maker.”

The person responsible for locking down Amari Cooper is Florida cornerback Vernon Hargreaves III. Hargreaves is looking forward to the challenge.

“Coop, he’s a great player. Me and him talked a little bit [on Twitter]. We knew this was coming. He’s excited, I’m excited. We both know the magnitude of the game and it’s going to be a great match up on Saturday.”

Defensively, Alabama features the top run defense in the league, but Muschamp thinks his team will be able to make the proper adjustments.

“They certainly present some edge guys. As far as some rush guys, Jonathan Allen is a really good player. They will give us some different looks and we gotta be able to adjust to those situations, which I think we’ve done a very nice job in two games of adjusting to different looks in the game and what different teams present us.”

This is the first road game of the season for the Gators and it’s also the first time a lot of the young players will experience what it’s like to play in such a hostile environment.

“We haven’t been on the road yet and that’s a good way to start,” Florida quarterback Jeff Driskel said. “I bet some of the [young] guys will be a little wide-eyed at first, but at the end of the day it’s playing football and that’s what we’re going to have to do. If some young guys are called upon, they’re going to be expected to play well. At the end of the day it’s just football.”

Florida hasn’t beat Alabama in Tuscaloosa since 1998. So a win for the Gators in the heart of Roll Tide country would be quite a statement, according to Vernon Hargreaves III.

The Gators will have their chance to make a statement this Saturday when they take on the #3 ranked Alabama Crimson Tide at 3:30 PM. You can catch all the pre-game coverage on ESPN 850 WRUF starting at 12:30 PM.

Hargreaves on matchup with Cooper

Driskel on their first road game

Hargreaves on this being a statement game