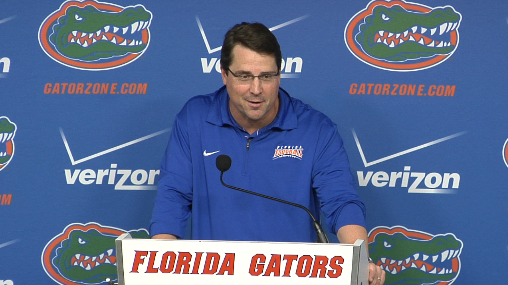 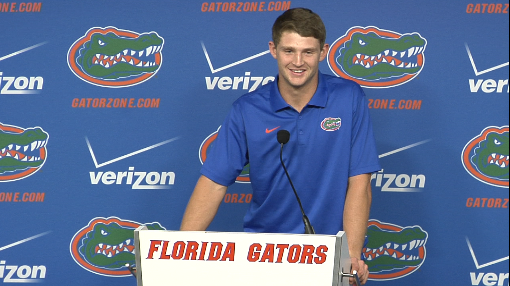 The Florida football team (2-1, 1-1 SEC) travels to Knoxville, Tennessee this weekend to take on the Tennessee Volunteers (2-2, 0-1 SEC). The Gators are coming off a much needed bye week following a 42-21 loss to Alabama. Tennessee, on the other hand, is coming off a tough three point road loss to number 12 Georgia, 35-32. Tennessee leads the nation in third down defense, only allowing a 21% conversion rate, an area where Florida head coach Will Muschamp would like to see his own team improve on.

“Defensively, third down they’ve gotta be leading the country. They’ve only had three conversions in the last two weeks; two against Oklahoma and one last week. They’ve done a nice job of getting off the field on third down, which has been an issue for us, offensively and defensively.”

Tennessee’s quarterback, Justin Worley, has thrown for over 200 yards in each of the Vols’ four games this season. A big part of that success comes from having tall receivers to throw to and Muschamp knows Worley and the wide outs will present a challenge.

“I think Justin Worley is playing very well. He’s completing over 60% of his passes, averaging about 250 yards a game. They’ve really improved themselves at the receiver position. Marquez North and Jason Croom are both 6’4″ plus guys that are very difficult match ups in coverage down the field. They take eight to 10 shots in the game down the field. You’ve gotta defend these guys down the field.”

Injury wise, Florida will be without defensive lineman Leon Orr, while linebacker Mike Taylor and running back Brandon Powell are “questionable to doubtful.” However, they will have offensive lineman D.J. Humphries back.

Gator quarterback Jeff Driskel has faced his fair share of criticism after the Alabama game, but Driskel tries not to listen to all the negativity.

The last time Driskel played against Tennessee was last year in The Swamp where he suffered a season ending broken leg. However in 2012, Driskel did play against Tennessee in Knoxville. He finished 14/20 for 219 yards and two touchdowns. Many Vols fans packed Neyland Stadium for that game, but some left early after the Gators scored the final 24 points in the second half to win 37-20.

“We pride ourselves on emptying the stadium,” Driskel said. “We just want to go in and play hard and hopefully we get the same result as last time we went in there.”

The Gators will put their nine game win streak against the Volunteers on the line this Saturday in Knoxville.

Kickoff is set for noon, but catch pre-game coverage on ESPN 850 WRUF starting at 9 AM.

Muschamp on Tennessee’s third down defense

Driskel on emptying out Neyland Stadium