Basketball season is almost upon us as the Florida Gator men’s basketball team will take the court in less than 20 days. The Gators opened practice on Friday and coach Billy Donovan discussed the team’s first few practice sessions.

Donovan believes scoring points will be no problem for a team that is very talented, but after losing four solid seniors in Scottie Wilbekin, Casey Prather, Will Yeguete and Patric Young, the defense is severely lacking. Although it’s early, Donovan says his team is nowhere near where he wants them to be.

“The defense is going to be a never ending process in us continuing to get better but our guys are working very hard right now, their attitudes are good, there’s things I’m seeing from them that’s positive but right now we’re just not very good.”

Donovan mentioned that his team could play a game right now if they had to if the opponent was playing man defense but the zone is still a work in progress.

Offensively, Donovan also noted that his team likes to spread the ball around.

“We’ve been really unselfish playing, I like that, the ball is moving, guys are making the extra pass and they are trying to play together.”

While freshman such as Chris Chiozza and Devin Robinson are still trying to get acclimated to the system, it’s the older guys such as redshirt junior Dorian Finney-Smith and sophomore Chris Walker that are showing significant signs of improvement.

“You know Dorian has gotten better, Kasey Hill has made a nice jump, I think Chris Walker is better than he was a year ago, I think all the veteran guys for the most part, I’ve seen some significant progress there, can they sustain that and keep moving in that direction will be important.”

One of those veteran guys that will see a significant increase in his role will be sophomore point guard Kasey Hill. Hill spoke about what’s different this year.

“Play with a lot more energy, be more consistent, have no up and downs. Last year I was up and down a little bit energy wise in practice and in the game, so that’s one thing he (Donovan) told me I need to work on,” Hill said.

Wilbekin was well known for his defense while at the University of Florida and was typically referred to as the team’s best defender. While Hill hasn’t reached that level quite yet, the sophomore does believe he has improved significantly.

Hill averaged 5.5 points a year ago to go along with three rebounds and two boards. With an expanded role this year fans should expect even more from the Umatilla native.

Another guy that should significantly help in the backcourt this season is redshirt junior Eli Carter. Since joining the Gators back in the summer of 2013 Carter has been hampered by a leg injury that kept him out for most of the 2013-14 season. Carter played in seven games averaging just under eight minutes per game but never made a significant contribution. Now that he’s back and feeling much better, Carter says he is ready to help out this season.

“I’m just staying steady, just trying to get better, just go through the process. I’m just ready to practice honestly, get out there with the guys and have fun,” Carter said.

In two seasons at Rutgers Carter averaged just over 14 points per game and the Gators would love to see that Eli on the court this season. The rest of the team was able to see Carter at full strength over the summer and Hill talked about what he’s seen and what Carter can bring to this team.

“Definitely another leader on this team, a guy who’s been through it a little bit, has experience. Seems like he’s always calm on the court, never gets rushed and he can help us a little bit with experience.”

Although just a few practices are in the books, it seems the returners are way ahead. However with still a little less than a month until their first regular season game, the freshman and transfers have time to get acclimated. This team still has a long way to go but each week we should learn more about what this team will bring to the table.

The Gators will open their season November 6th as they welcome the Buccaneers from Barry University.

To hear audio of the quotes above, click on the links below:

Donovan talks about the returners

Donovan talks about the defense

Donovan talks about the team and their unselfishness

Hill talks about his defense

Hill talks about where he’s at one year later

Carter talks about what he’s working on as he returns 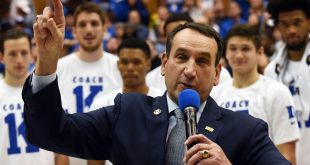