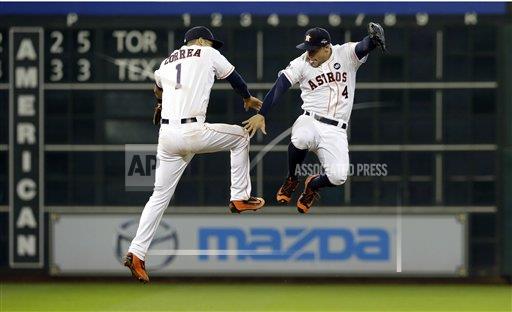 With two games in the ALDS, it’s bound to be a packed afternoon for baseball fans on Monday.

It will all begin with the Houston Astros hosting the Kansas City Royals at Minute Maid Park. The Astros made the postseason with a young team that bounced back from averaging 104 losses in the last four seasons. The Royals made it to Game 7 of the World Series last season and cruised to the AL Central title.

The Royals are starting their Game 1 pitcher, Yordano Ventura, on three days rest while Houston will counter with former Gator signee Lance McCullers.  The Astros lead the series 2-1.

The Texas Rangers take on the Toronto Blue Jays in the second game today.  The Blue Jays were known for a strong offense in the regular season, but it appears they didn’t bring their A offensive game until Game 3 when they faced elimination.

R.A. Dickey, sporting an ERA of 3.91, and his knuckleball are also making a postseason debut for the Blue Jays in Arlington where his career began in 2001.  The Rangers are starting postseason veteran Derek Holland, with an ERA of 4.91.