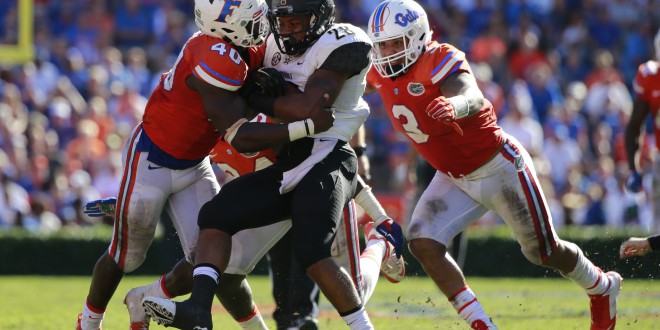 The Kentucky Wildcats, and Vanderbilt Commodores are two teams struggling this season. Both teams are on losing streaks, and have n’t done well against SEC opponents this season.

Yet, the Wildcats and Commodores can make it to a bowl game by finishing the season strong. Last year, Kentucky couldn’t get out of a losing skid.

Kentucky head coach Mark Stoops has hinted that it’s likely to not happen again this season.

This Saturday Vanderbilt, and Kentucky can prove they are worthy of a bowl appearance.

Kentucky is in disarray; a change at Quarterback could happen Sat.

The Kentucky Wildcat’s season is currently a mess, for a variety of reasons. The most obvious reason is the fact that the Wildcats are unstable in the quarterback position.

Patrick Towles has scored only one touchdown, and has thrown six interceptions in the last four games. What’s unusual is that Towles has been able to throw over 2,000 yards this season, the fifth most in the SEC, but has been unable to propel his team to victories.

A quarterback change in Kentucky wouldn’t be shocking, being few weeks ago we saw Texas A & M pull Kyle Allen and put in Kyler Murray at quarterback.

Kentucky also has struggled maintaining possession of the ball. In the Wildcats’ 27-3 loss to Georgia, they turned the ball over 3 times.

However, a new quarterback in the pocket could help Kentucky score points their current offense isn’t. Watch out for Drew Barker, there’s a great chance he’s entering the game this Saturday.

Vanderbilt’s stout defense is going to make an impact

By looking at Vanderbilt’s record, it’s logical to bypass the fact that this team has a top 20 defense. Vanderbilt’s offense has scored a total of 10 points in the last 3 games.

The Commodores have the 5th best scoring defense, second best rushing defense, and 5th ranked in total defense in the SEC. Players like Jahmel McIntosh, have helped give Vanderbilt’s offense opportunities to stay closer in games.

If Kentucky brings in a new quarterback into Saturday’s game, look for Vanderbilt to put high amounts of pressure. In their last game against Florida (which they lost 9-7), Vanderbilt was able to contain Treon Harris throughout the game.

This Saturday’s game is likely to be a low scoring one. Official game time is set for 4 PM at Nashville.