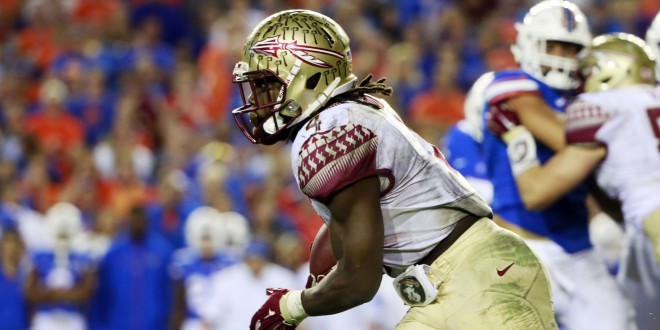 Although The Florida State Seminoles were unable to go undefeated again, they still finished their season 10-2 and 6-2 in the ACC. This record included a blowout against the Florida Gators 27-2 to end their season and land them in a major bowl game.

This year the Seminoles will play in The Peach Bowl in Atlanta, Georgia on December 31st at 12pm. This New Year’s Eve game will be played in the Georgia Dome as the Seminoles take on the Houston Cougars who finished their season 12-2 and 7-1 in the American Athletic Conference.

Although Florida State is used to playing in national championships, coach Jimbo Fisher sees the Peach Bowl as a good consolation prize. This is FSU’s fourth time competing in a major bowl game in four years.

Houston coach Tom Herman is proud of his team for winning the AAC title this year but ending the season with a win over a power five program like FSU is the goal they are reaching for now.

The Cougars got to this game as the best team from the non-power conferences while FSU gets a nice consolation after not making the ACC Championship Game.