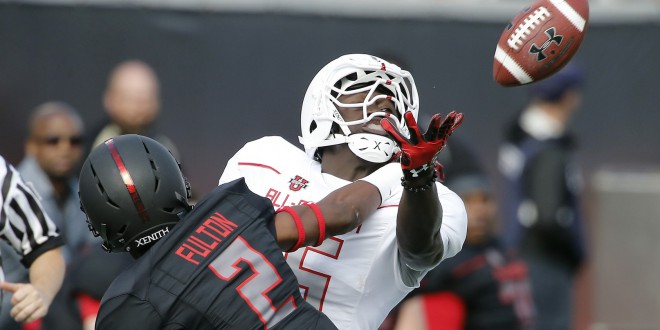 With less than a week until National Signing Day, this is the final weekend for schools and coaches to make their final pitches to numerous top recruits from the world of high school football.

Florida has 26 prospects currently committed, 12 of whom are already enrolled. The Gators will welcome 10 prospects (seven verbal commits) to campus this weekend and will look to make a big impact on three of those — wide receiver Tyrie Cleveland out of Houston, defensive back Kristian Fulton from Louisiana, and Rhode Island offensive lineman transfer Tyler Catalina.

Cleveland is currently committed to Houston, but is originally from Jacksonville. At 6’3″ and 190 pounds, he is listed as the fourth best wide out in the 2016 class according to ESPN Recruiting Nation and racked up a combined 2,023 yards and 27 touchdowns in his junior and senior years.

Kristian Fulton is rated a four-star prospect out of Metairie, Louisiana and matched up a few times against Cleveland in the Under Armour All-American Game.

“I think this one is really going to come down to Florida or LSU, and I think it’s going to be tough to pull him out of Louisiana,” Alderman said. “But he is bringing his family with him this weekend, which should help shape his decision.”

“Do I think it’s a good class? Absolutely. But there are only maybe one or two guys you could call elite prospects,” Alderman said.

The National Signing Day fax machines will be up and running on Wednesday, February 3.