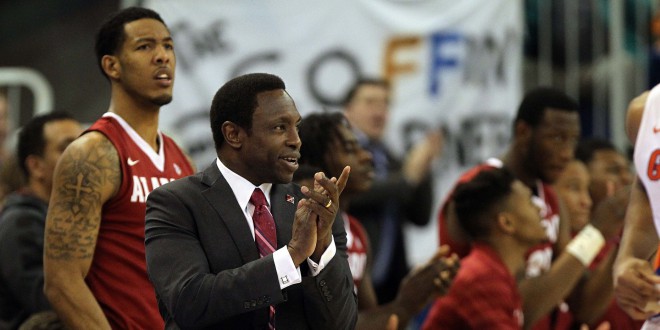 Kentucky will also look to bounce back after a gut -wrenching loss on the road at College Station against Texas A&M. The Wildcats took the game to overtime but lost at the buzzer on a put-back to give the Aggies the victory over the Wildcats.

Prior to the A&M loss, Kentucky won four straight games despite not having one of their big men, Alex Poythress. However, the Wildcats will have Dominique Hawkins back. Sharpshooter Derek Willis has been listed as doubtful after injuring his ankle in the previous game. Coach Calipari addressed the teams short bench and losing players to injury.

The Wildcats have been led this season by sophomore point guard, Tyler Ulis and freshman sensation shooting guard Jamal Murray. Ulis has been one of the premiere guards this season averaging over 16 points per game and seven assists. Murray has been on fire averaging over 25 points a game in the past six.

Alabama will try to get a tough road win in Lexington where the Wildcats are undefeated at home. Alabama has not won a road game against Kentucky in over 10 years and will look to get a victory led by senior guard Retin Obasohan. Obasohan is averaging a career high in points (16.8), rebounds (4), and assists (2.8).  Coach Avery Johnson has been more than happy with his progression.

The Tide will face off against Kentucky this evening at 7 p.m. You can catch the game on ESPN.