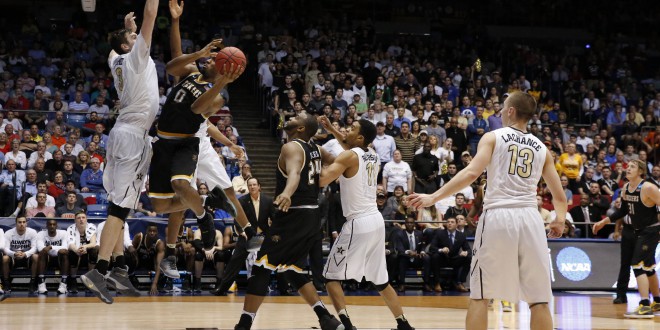 The Wichita State Shockers destroyed the Vanderbilt Commodores in the second game of the First Four NCAA tournament 70-50 Tuesday night.

Baker says the defense really stepped in the second half. Baker also says the team likes to feed off of each others energy.

Next up Wichita State is No. 6 Arizona in a first-round South Region game on Thursday evening.