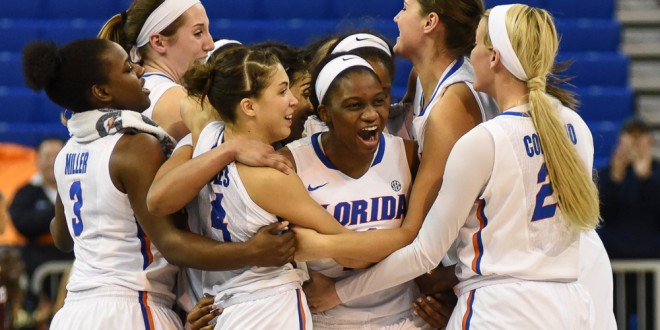 The Gator women’s basketball team earned a No. 5 seed in the NCAA tournament on Monday after having not been invited to the big dance since 2014.

Despite their lack of experience, the veterans on the roster are excited about the prospect of capitalizing on their opportunity to leave a lasting legacy. Senior guard Carlie Needles says the team is especially looking forward to redeeming themselves after getting blown out by Kentucky in the quarterfinals of the SEC tournament.

Needles shot 33 percent from the field and averaged just under seven points per game in her final regular season with the team. In light of her senior status, Needles says she’s looking forward to doing all that she can to help the Gators win the tournament.

After finishing fifth in the SEC despite being projected to finish 12th in preseason rankings, departing senior January Miller believes they are capable of carrying the resilience they showed in the regular season into the tournament.

The Gators are set to play against No. 12 seed Albany for their first game of the tournament in Syracuse on Friday. Tip-off is set for noon.