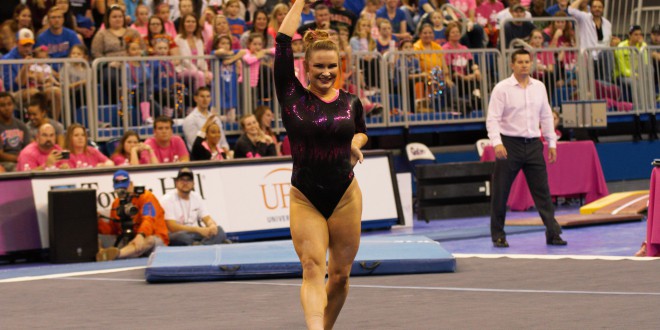 The Florida Gators gymnastics team will look to win its 10th SEC Championship title this weekend in Little Rock, Arkansas.

The competition will consist of eight SEC teams with five of them ranking in the top 10 nationally (No. 2 Florida, No. 3 LSU, No. 4 Alabama, No. 6 Auburn and No. 8 Georgia). As of the March 14 national poll, all SEC teams are in the top 25. Florida is entering the SEC championship seated at number one with an average score of 197.655.

The Gators won their last SEC championship back in 2013 with Alabama taking the titles in 2014 and 2015. Since 2009 either Florida or Bama has won the title.

Two Gators that won SEC individual titles this week will be in action this weekend.

ESPNU and SEC Network are broadcasting the championship live for the first time.

The 36th Southeastern Conference Championships are set for Saturday, March 19. The first rotation will consist of Georgia, Arkansas, Missouri, and Kentucky at 2 pm with the Gators and the other SEC teams in action starting at 6.