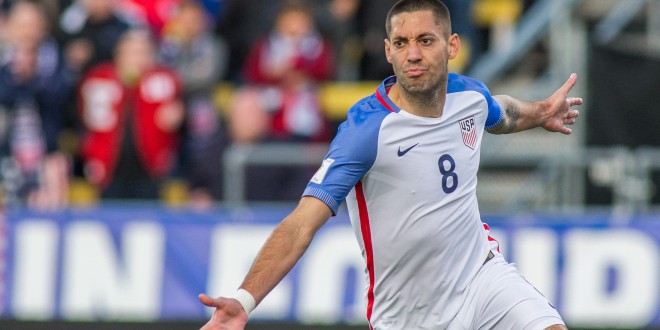 Day of Joy and Disappointment for US Soccer

On a day in which the U.S. Men’s national soccer team had their backs against the wall in both World Cup qualifying and Olympic qualifying, the results on the pitch left a mixed bag of reactions.

For the senior team, the 4-0 victory against Guatemala on Tuesday night in Columbus, Ohio, a place where the Stars and Stripes have never lost, came at a crucial moment in their bid to qualify for 2018 World Cup in Russia.

After losing to Guatemala this past Friday in Guatemala City, the U.S.  had found themselves two points behind Guatemala for a spot in the final round of CONCACAF World Cup, the Hexagonal, with only three games left to play. The team had struggled with a porous back-line that gave up two first half goals to the Central Americans and failed to find the back of the net to counteract the poor defense.

Neither of those were issues on Tuesday. Steve Birnbaum made his first start of qualifying at center back, and put in a solid performance amongst a back-line that helped goalkeeper Brad Guzan keep a clean sheet. And in attack, the U.S. were more efficient, scoring four goals on nine shots. The scoring started with Clint Dempsey becoming the U.S.’s all-time leading scorer in World Cup qualifying through a 12th minute strike, with the other goals courtesy of Geoff Cameron, Graham Zusi, and Jozy Altidore.

Watch @clint_dempsey's goal to give the #USMNT a 1-0 lead in the 12th minute of #USAvGUA. #RoadToRussiahttps://t.co/1ncwD0HnFv

Head coach Jurgen Klinsmann said the U.S. is in the “driver’s seat” now for qualifying and that he liked how the team bounced back from the “disappointment” of losing to Guatemala.

The win in Columbus, in what was termed a “must-win” game by Klinsmann, now has the U.S. in position to move on to the Hexagonal with games against Trinidad and Tobago, leaders of the group, and against last place St. Vincent and the Grenadines, remaining.

While the senior team managed to get a huge victory on Tuesday, the U-23 team lost to Colombia’s U-23 team by a 2-1 scoreline Tuesday night in the qualifying playoff for the upcoming Olympics in Rio de Janeiro.

The result means that the U.S. will miss the Olympics for the second straight time. In the home-and-away series, it was believed the U.S. was in good shape coming in to Tuesday night after holding Colombia to a 1-1 draw down in South America, especially after obtaining the ever important away goal. All the U.S. needed was a win to clinch a spot in Rio.

The U.S., however, suffered defeat on home soil in Frisco, Texas, in an uninspiring performance where the only goal they scored was an own-goal from Colombian defender Deiver Machado. They were out possessed for most of the game, and struggled to keep Colombian striker Roger Martinez in check, as he scored the two goals that will send the Colombians to the Olympics.

What’s next for the youth national team? The U-23 team will now have to wait for the Tokyo 2020 Olympic qualifying rounds to come, in search of their first Olympic bid since the 2008 Beijing games. However, most of the attention and efforts will now turn to ensuring a good display at next year’s U-20 World Cup in South Korea, with the U.S. team having made it to quarterfinals of the last tournament with many of the players that played in Tuesday’s game against Colombia.