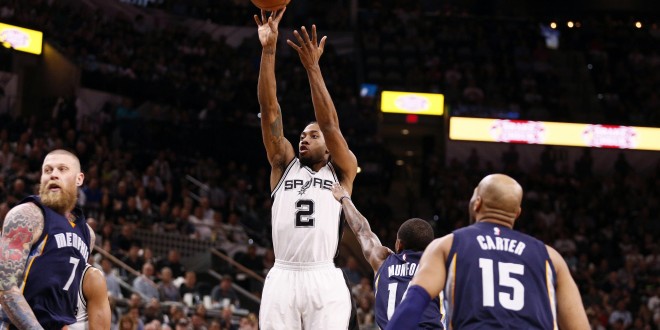 Tuesday night’s NBA playoff games resulted in a victory for the San Antonio Spurs and the Atlanta Hawks. Both the Spurs and the Hawks are starting the playoffs off strong with a 2-0 series lead.

In Atlanta, the Hawks took down the Boston Celtics 89-72. The game was determined early as the Hawks built a 21-point lead in the game and held the Celtics to only seven points in the first quarter. For Boston, that marked the lowest scoring first quarter in the playoffs since the NBA went to the shot clock. Boston was struggling without their second-leading scorer, Avery Bradley, who went down in Game 1 with a strained hamstring. Bradley is unlikely to play the rest of the series. Former Gator Al Horford and Kyle Korver both scored 17 points for the Hawks, but Korver says that heading to Boston for their next match up will be the toughest game of the series. On Friday night, the Hawks will travel to Boston for Game 3.

Meanwhile in San Antonio, the Spurs took down the Memphis Grizzlies 94-68. The Spurs dominated both ends of the court, closing out the first quarter with a 22-11 lead. Patty Mills led the Spurs with 16 points, Kawhi Leonard had 13 points and LaMarcuz Aldridge added 10. Spurs coach Gregg Popovich says that Kawhi Leonard sets the tone defensively.

The Grizzlies, ravaged with injuries, will hope for a better outcome in Game 3 in Memphis.