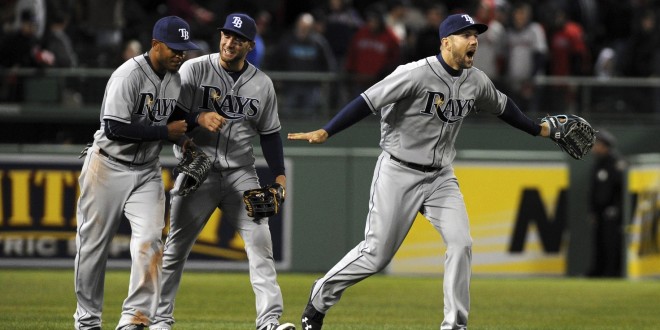 The Tampa Bay Rays seem to have something to Smyly about after Tuesday night’s 10 inning game; the Rays (6-7) beat the Boston Red Sox (6-7) last night in Boston 3-0.

The Rays’ secret weapon Tuesday was pitcher Drew Smyly, who allowed only one hit in eight innings.  In his second straight start, Smyly struck out 11, a career high.

After a scoreless nine innings, Rays center fielder Kevin Kiermaier was the team’s first man at bat in the 10th, hitting a home run.  Kiermier’s first career MLB homer came at the perfect time, giving the Rays their first run of the night.  The Rays would add two more runs to get the win.

Chris Archer (0-3, 5.87 ERA) will get the start on the mound for the Rays in the second game of the series.  The right hander has not gotten a win since last August 31st in Baltimore.