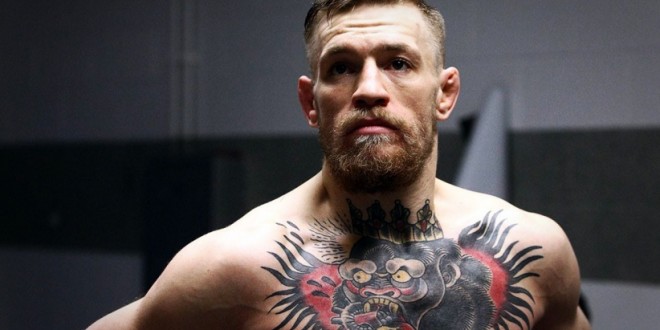 Conor McGregor Wants To Be Re-Added to UFC 200 Card

This week has been filled with drama for 27-year-old Irish mixed martial artist Conor McGregor.

The UFC superstar released a statement on his Facebook page Thursday, stating he is not retired despite posting a tweet on April 19 stating he was.

UFC removed McGregor from the UFC 200 card, which had him scheduled for a rematch against Nate Diaz on July 9. He was removed from the card after refusing to go to Las Vegas and participate in promotional obligations, which included a news conference at MGM Grand Casino. The charismatic fighter explained on social media today what lead to his absence.

In very choice words he describes promotional obligations as “flyering” and states he wants to be left alone to focus on his real job—fighting.

Ur call now. You are the customers. What do you want? Press conferences or fights? Make some noise because we're ready to do the damn thing!

Having lost the first bout of his UFC career in March, McGregor asked for less promotional responsibilities, but his request was denied according to the fighter.

Could this be a publicity stunt by UFC President Dana White and Conor McGregor to create a buzz for UFC 200? Or did they have a falling out? McGregor’s loss has made him extremely focused on his rematch with Nate Diaz.

The elephant in the room—will he be placed on the card for UFC 200?