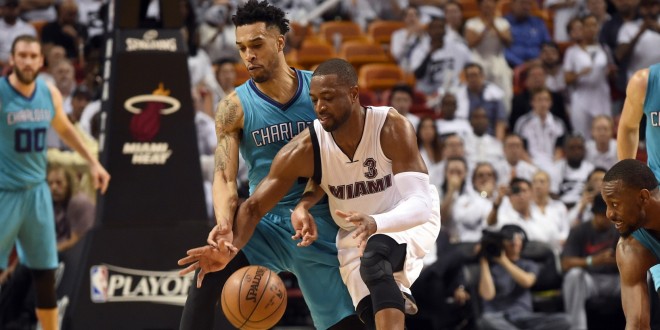 The Miami Heat did not look like a team that ranked near the bottom of the NBA during the regular season in points per game on Wednesday night. Instead, they looked exactly the opposite. The Heat defeated the Charlotte Hornets 115-103 in Game 2 of the Eastern Conference first-round series behind a huge offensive surge to take a 2-0 series lead.

The game was close in the beginning with the teams tied 29-29 after the first quarter. But midway through the second quarter, the Heat really took off. Miami scored 43 in the second and ended the quarter in style, making 10 straight shots to head into halftime with a 72-60 lead over the Hornets. The Heat’s 72 points in the first half were the most in a postseason half in franchise history. Overall, the Heat finished the first half with a 74.4 percent field goal percentage, 29 for 39 in field goals, 7-8 in free throws and 7-10 in three-point shots. The 74.4 percent field goal percentage was the highest by any team in the NBA in a single half this season.

Miami Heat guard Dwyane Wade said the Heat have had success in the playoffs so far because they can adapt. Wade led the team with 28 points Wednesday night.

Miami center Hassan Whiteside was 8-8 from the field, a franchise playoff record. Whiteside says he just tries to make a play when the ball is in his hands.

On Charlotte’s side, the Hornets managed to out-rebound the Heat 54-40. However, the Hornets finished the game just 1 of 16 from the three point line while the Heat made 56.3 percent of their long distance shots.

The series is now headed to Charlotte and will resume on Saturday. Tip off is set for 5:30 p.m. 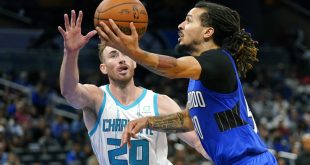