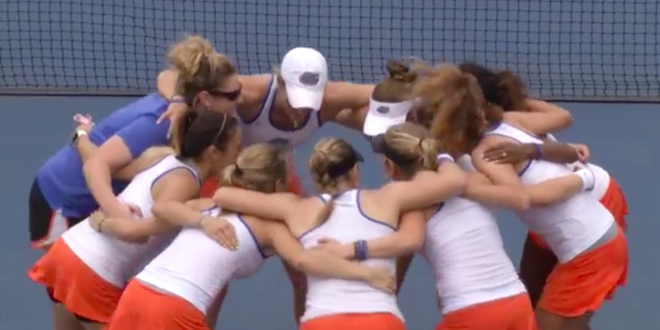 The Florida women’s tennis team has now clinched the No. 1 spot in the nation, after taking home their 20th SEC Tournament title Sunday.

There's a new team atop the @ITATennis rankings. Your Florida Gators are the #1 team in the nation!! #GoGators #STS pic.twitter.com/MQqJ5ujvEp

The Gators beat the Georgia Bulldogs 4-2 to win their 16th match in a row. In doubles, the duo of Anna Danilina and Brianna Morgan took down UGA 6-2, while No. 3 Brooke Austin and Kourtney Keegan had a 6-4 victory over No. 12 Perez and Gould.

Austin and Morgan were both named to the SEC All-Tournament Team following the tournament. Morgan was also named the SEC Tournament MVP.

Next up, the Gators  hope to continue the success they had in SEC play in the NCAA tournament which begins May 12.