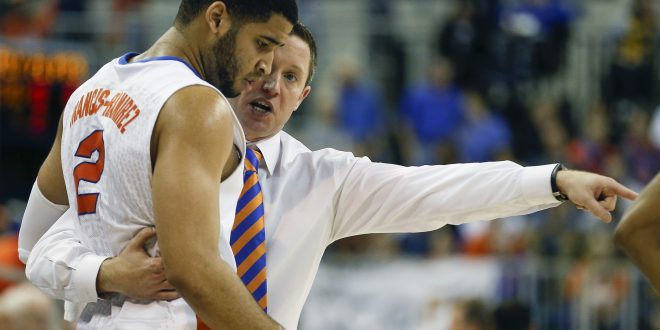 Brandone Francis-Ramirez to Transfer from Florida

Francis Ramirez announced his decision on Twitter Wednesday afternoon. Although he’ll play elsewhere in the future, he plans to stay in Gainesville to complete a summer class before moving on.

I thought about it long and hard and I decided that it was best for me to transfer from UF. I'll sincerely miss this school

During the 2015-2016 season, Francis Ramirez appeared in 29 games and averaged 2.0 points and 1.0 rebounds per game. Per NCAA transfer rules, he will be forced to sit out one year if he plays at the Division I level; if he goes to play in junior college, he could play right away and then have two years of remaining eligibility at a new school in Division I.

He joins DeVon Walker as the second player to transfer from Florida during the offseason. Roster realignment leaves Florida with two scholarships available to hand out for the upcoming season.

Previous Run For The Roses This Weekend!
Next Gator Softball Run-Rules Arkansas 9-0 in Opening Game of Final Home Series