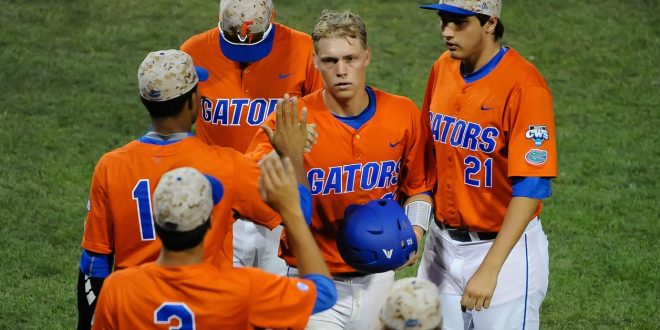 When the USF Bulls baseball team takes the diamond to face the top-ranked Florida Gators (40-8) tonight in Gainesville, they will do so with a team loaded with freshmen. The Bulls’ baseball team includes 16 freshmen, about half of the team.

USF head coach Mark Kingston says it has been frustrating at times to play with so many young guys.

Kingston is in his second season as head coach of the Bulls’ baseball team. After leading the Bulls to a 34-26-1 record last season, the Bulls currently sport a 21-26 record. Kingston says tonight’s game will be an opportunity to see how far the Bulls have to go to be one of the elite programs in the country.

The Gators faced the Bulls three times last season, winning every match up, including a 8-2 win in the NCAA Gainesville Regional.

Tonight redshirt senior Michael Clarkson will start on the mound for the Bulls.

The Gators come off a road weekend series where they took two out of three games from the Tennessee Volunteers. This is Florida’s final regular season midweek game of the year. Lefty Scott Moss will get the start on the mound for the Gators with game time at 7 p.m. You can hear the game live on ESPN Gainesville 95.3 FM. 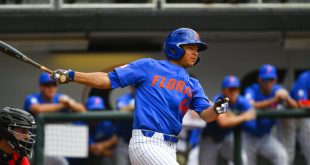