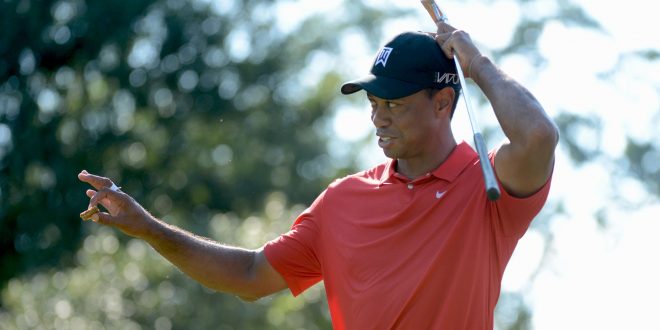 Tigers Woods Unsure of When He Will Return to Competitive Golf

The last time Tiger Woods played competitively was in August 2015 at the Wyndham Championship. And from the looks of it, fans of the professional golfer may have to wait awhile before they get to see him in action again.

Tiger Woods, at a press conference at the Congressional Country Club in Bethesda, Maryland on Monday to promote his upcoming Quicken Loans National tournament, said he is not sure when he will return to competitive golf. Woods had his third back procedure in October.

Woods said he has been practicing at home and he needs to be more consistent while practicing before he returns.

Following his press conference, Woods took three swings, all of which wound up in the water.

Here's Tiger's first of three into the water: pic.twitter.com/z9fZlvpvpk

Tiger's second into the water at Congressional: pic.twitter.com/rO7U85Yk9H

And the third in the water. All within 90 seconds. Yikes. pic.twitter.com/igdpONuTAY

Following the swings, Woods joked that he needed a warm up.

Junior telecommunication student at the University of Florida. Passionate about all things related to sports.
@@EllenBazley
Previous Thunder Steal Game 1 From Warriors
Next Cavaliers Crush Raptors to Open Up Eastern Conference Finals

Topgolf is bringing its iconic experience to Ben Hill Griffin Stadium for a limited time. …