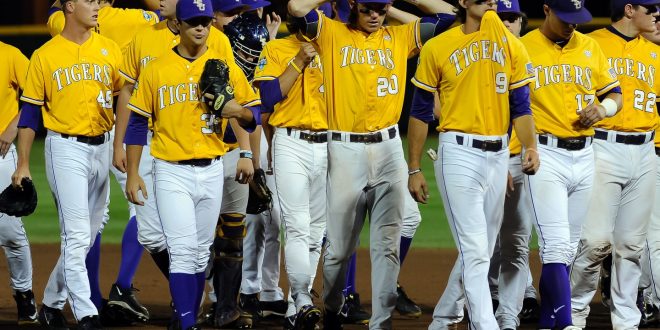 The Tigers enter as the fifth seed in the tournament, while the Volunteers, who finished last in the SEC East, enter as the 12th seed. The Tigers are coming off a 6-2 loss to the then top ranked Florida Gators but the Tigers did win the first two games to take the series.  The Volunteers enter the tournament coming off a series win against Georgia and had to beat the Bulldogs and hope for an Auburn loss just to make the field.

Tennessee coach Dave Serrano says he plans to use several different pitchers against LSU with freshman Will Neely likely pitching early. Serrano says LSU is playing good right now. The Volunteers matched up with the Tigers in a three-game series during the regular season, with the Tigers winning every contest.

On to his team, Serrano says his team has never quit, despite the tough season.

On LSU’s side, head coach Paul Mainieri says redshirt freshman Jake Latz will get the start on the mound. Mainieri says the Tigers are coming to the tournament to make a deep run.

First pitch between LSU and Tennessee is set for 9 p.m. ET. The winner will move on to play Florida on Wednesday.