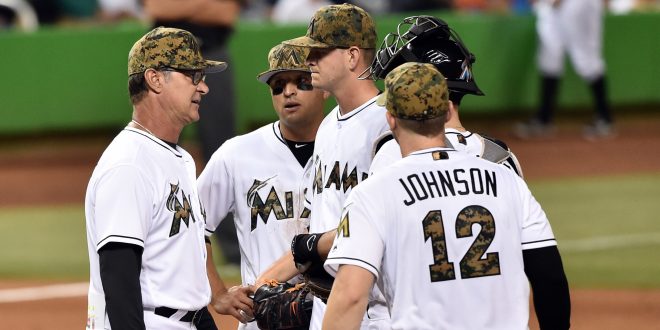 The Marlins were defeated last night at home when the Pittsburgh Pirates’ pitcher Jeff Locke threw a three-hit shutout.

Winning 10-0, the Pirates made Marlin’s starting pitcher Justin Nicolino, 20, work for every out. Nicolino was up for the challenge until Nicolino was replaced by Jose Urena and Andrew McCutchen stepped up to the plate. This is where the game went downhill for the Marlins.

After falling behind 2-1, Urena tried to change up the play but Polanco followed and didn’t miss, leading to Polanco’s first career grand slam, which gave the Pirates a 7-0 lead.

The Marlins struggled after Locke finished the game off in the bottom half of the inning with ease, needing only 105 pitches in his three-hit shutout.

The Marlins have a chance to redeem themselves—The Pirates and Marlins go head to head again tonight starting at 7:10 p.m. at Marlins Park.