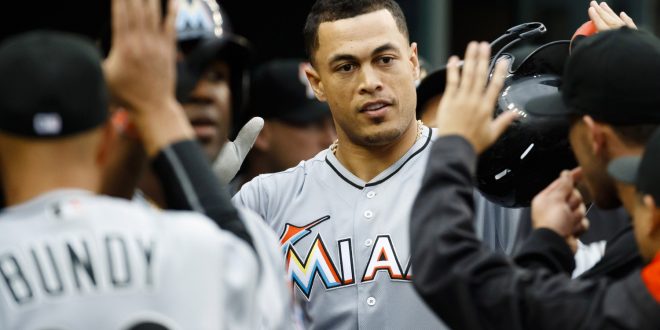 For the baseball teams in the local area, it hasn’t been the best of seasons up to this point. The Atlanta Braves have the second worst record in baseball, the Tampa Bay Rays are in last place in the AL East, but the Miami Marlins have shown promise by climbing to second place in the NL East behind the Washington Nationals. The beauty of baseball is having the long, 162-game season where anything is possible. Each of the three teams are entering a four-game series this weekend with a chance to gather some momentum as we approach the halfway point of the season.

Before getting swept by the streaking Cleveland Indians, the Braves were in the best stretch of the season winning eight of 11 games between June 15 and June 26. Now they’re entering a series against a Marlins team whom they have had the most success against this season. Atlanta is 6-2 versus Miami so far meaning that nearly a quarter of the 26 wins have come against the Marlins. On the other hand, Miami is coming off a poor showing from a two-game series with the Detroit Tigers. Manager Don Mattingly states that it was disappointing that the team didn’t capitalize in key situations. However, Miami has their own reason to be confident. The Marlins are currently sitting in second place in the NL East and are down five-and-a-half games to the Nationals. With the next seven games coming against NL East opponents, Miami is in a prime position to create separation within the division. First pitch is scheduled for 7:10 p.m., with Wei-Yin Chen (4-2) dueling against Mike Foltynewicz (2-2).

The Tampa Bay Rays have not been enjoying recent successes like the Marlins and Braves have had. In fact, between June 16 and June 26 the Rays ended up losing 11 straight games, their worst skid of the season. As shortstop Brad Miller states, it nice for the team to win the series against Boston after the losing streak. With just under a hundred games left in the season, the Rays still have more than enough time to reverse their fortunes and push for the playoffs. After all, it wasn’t that long ago that their record was around .500. A four-game series with the Tigers does present an opportunity for the Rays to start closing the gap to other wildcard teams before the halfway point of the season.