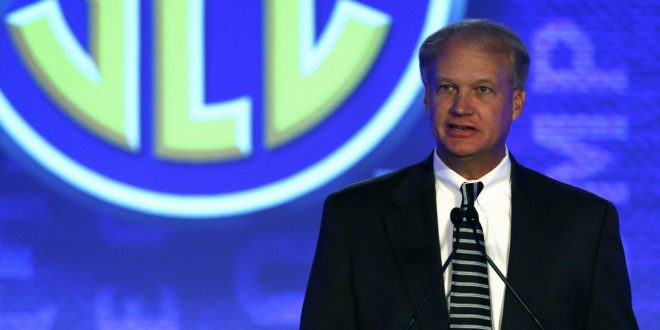 SEC Coordinator of Officials Steve Shaw spoke at SEC Media Days on Tuesday about the new rules that will be coming to the conference in the fall.

The first rule change involves starting the clock when the ball is snapped late in the half. Shaw said that within the last two minutes of either half, if the team that is winning fouls, and the clock is then stopped, the clock will restart once the ball is snapped. In this case, the officials will no longer start the clock at the “ready for play.”

Shaw said the rule takes judgment away from the officials in the game.

The second change involves replay. Shaw said three instant replay officials will be at the conference’s video center in Birmingham, Alabama for all league games. Whenever there is a stoppage of play for a video review during a game, those three officials will collaborate with the replay official who is at that game to make sure the call is correct.

He said the goals of the experimental operation are consistency and eliminating incorrect outcomes.

When asked about the SEC possibly using replay to review judgement calls like pass interference, holding or block in the back, Shaw said he does not believe it is being strongly considered. However, he said there is discussion every year.