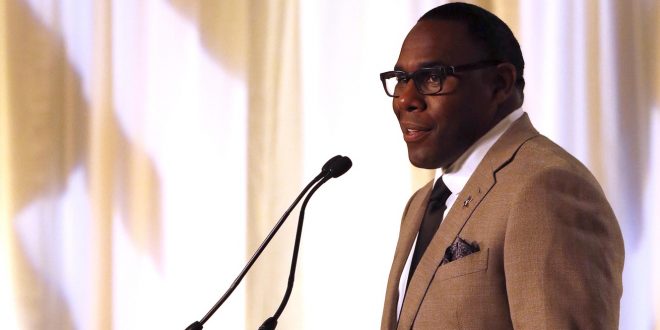 After going an abysmal 3-9 and 4-8 in his first two seasons, Vanderbilt head coach Derek Mason has high hopes for the upcoming season.

Mason and the Commodores did not record a win against an SEC opponent in his first season as head coach. Mason made some adjustments—one of which was promoting true freshman Kyle Shurmur to starter at the quarterback position six games into the season—and came out with two SEC wins.

However, Mason harped on the point that this year is different. It’s not about competing this year, it’s about winning.

There's a new standard in Nashville.

The Commodores appear to have the capability to do so with 42 returning juniors and seniors, no ambiguity at the quarterback position and one of the best running backs in the SEC in Ralph Webb.

Webb, a Gainesville native, is coming off of a successful sophomore campaign, where he rushed for 1,152 yards with five touchdowns. Webb proved that he was a force to be reckoned with after rushing for 118 yards against Florida and 149 yards against Tennessee.

Ralph Webb ready for the first stop on his interview tour at #SECMD16. pic.twitter.com/nj2ibDj5OU

When asked about his personal goals for the season, Webb refused to disclose what they were. However, he did say that he is more focused on his team getting wins than anything.

Something that will help Webb’s running game is the return of  offensive lineman Andrew Jelks. Jelks was an All-SEC freshman team selection in 2013 and started all 12 games in 2014. Jelks injured his knee during practice and missed all of the 2015 season.

The defense did take some hits in the offseason though. The Commodores lost their defensive captain Darreon Herring and leading sacker Stephen Weatherly. With that being said, they are returning their leading tackler in All-SEC linebacker Zach Cunningham. The 19-year-old redshirt freshman had 103 total tackles in 2015.

Coach Derek Mason and the Commodores sound like they are set for a promising season. You can catch them in action beginning on September 1 in Columbia when they take on the Gamecocks.