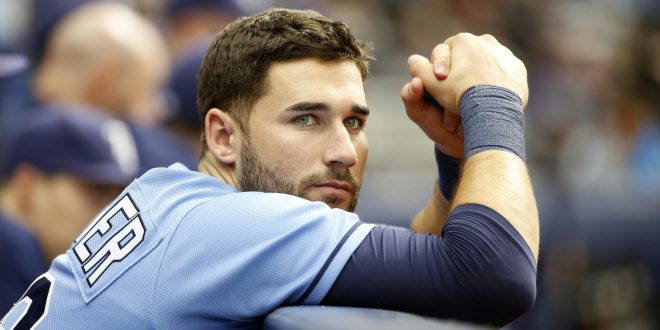 The Tampa Bay Rays (35-56) continue their season struggle last weekend as they lost two of three games against the Baltimore Orioles (53-37) at home.  They came off the All-Star week break the way they came into it—losing.  The Rays have lost 24 of their last 28 games and are currently last place in the AL East.  To win their division seems like a long shot as they are currently 18.5 games behind the Orioles, leaders of the AL East.

The Rays kept the games over the weekend rather close, but at the end of the day couldn’t seal the deal. In Game 1, they took an early lead 3-1 after the end of the bottom third inning and then allowed three unanswered runs allowing the Orioles to win 4-3.  In the bottom of the ninth inning down 4-3, Rays shortstop Brad Miller hit a double to right field and after one wild pitch found himself on third base looking to tie the game.

It was not to be, as the next batter was walked, and the next two were retired to end the game. The Rays had their chances to succeed and take Game 1 but left six runners stranded on base.

The Rays just had trouble getting runners on base the next day for Game 2.  They tallied just four hits and were unable to get their bats going.  The Orioles scored off of a  JJ Hardy two run homer to left field that would give them a 2-0 lead heading into the bottom of the second inning.  That would be the only time the Orioles would score for the rest of the game.

#Rays hit 4 HR for the 7th time this season to claim the series finale. #RaysUp

The Rays seemed break through a barrier Sunday as they defeated the Orioles in the series finale.  The scoring opened up quickly in the game for the Orioles during the top of the first inning, Manny Machado hit a sacrifice fly deep to right field allowing Adam Jones to score making it 1-0 Orioles. The Rays would find a response  later that inning as Evan Longoria launched a solo shot deep to left field making it 1-1. The Rays weren’t done there. In the bottom of the second inning, Oswaldo Arcia hits the ball over the left field fence driving in Souza Jr. making the score 3-1 Rays.

Then once again in the bottom of the third, Brad Miller, this time hits a solo home run to left field giving the Rays a 4-1 lead.  The Orioles were able to find a response in the sixth inning, as Pedro Alvarez takes a page from the Rays playbook and hits his own home run over the left field wall making it 4-2 Rays.  In the bottom of the eight,  Longoria decides to switch it up a little and homers to center field to make the score 5-2 Rays.  That would conclude the scoring as the Rays won 5-2.

The Rays are now very optimistic after the win against the Orioles Sunday. Longoria states that with this is the type of play the Rays are capable of and will make a comeback.  The Rays look to carry this momentum out to Denver where they will play the Colorado Rockies (42-49) Monday evening.  The game will begin at 8:40 p.m. with coverage starting on WRUF ESPN Gainesville at 8 p.m.