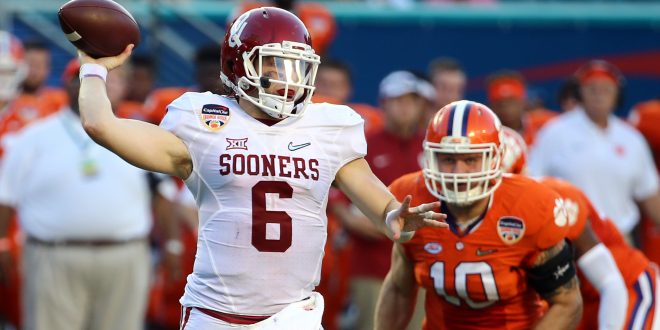 Following a Tuesday meeting between Big 12 presidents, Oklahoma president David Boren announced that the board has unanimously approved the exploration of expanding the conference by as many as four teams.

This is quite a drastic change in events after supposed interest in adding another school dwindled after meetings last month. With ESPN announcing that they have partnered with the ACC to launch its own network, this approval—along with the 2016 addition of a Big 12 championship game in football—is a definitive move to keep the Big 12 relevant.

After Oklahoma’s appearance in the 2016 CFB playoffs, the Big 12 proved to be one of the top conferences in the country. The Big 12 is currently comprised of 10 teams: Baylor, Iowa State, Kansas, Kansas State, Oklahoma, Oklahoma State, Texas, TCU, Texas Tech and West Virginia.

There are a few different schools that have appeared to be the front-runners for the addition. These schools include: BYU, USF, UCF, Connecticut, Cincinnati, Houston, Memphis and Colorado State.

At least six of those schools (BYU, Cincinnati, Colorado State, Houston, Memphis and UCF) have formally sent the pitch material to the Big 12. The current leaders for the addition appear to be BYU, Houston and Connecticut.

BYU's fan base has made it clear, they are a powerful group. #Big12Expansion https://t.co/Ebg4I9M44V pic.twitter.com/TPiM2o2aM4

It will be interesting to see what schools end up being added to the conference. Will it be the current favorites? Or will teams like Memphis that are backed by billionaire boosters pay their way into the conference?  It should be an interesting rest of the summer as expansion talks continue to heat up.

Florida gymnastics emerged victorious in their NCAA Championship semifinal meet. As a result, the Gators …