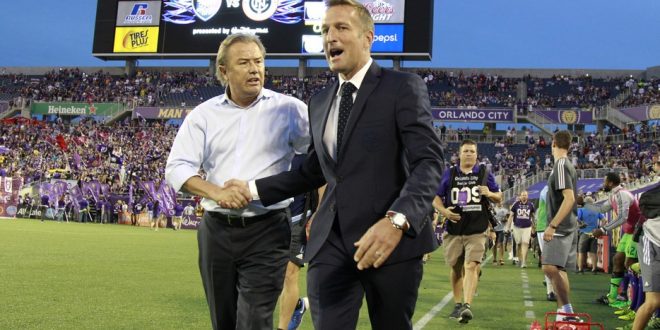 Orlando City SC (4-5-10) is a relatively new face to the scene of Major League Soccer.  Entering the league under the 2015 expansion alongside New York City FC, Orlando has played only one complete season and is currently in the middle of their second.  Though, their performance has not been up to par as Orlando City has a 15-17-14 record over the past two years in MLS play and 19-20-18 overall.  The one thing Orlando City has going for them is the city’s undying love for their team, ranking second in the league for attendance in just their inaugural season averaging 32,847 fans.  With a shocking move to the fan base, they fired beloved manager Adrian Heath on July 6 due to lack of performance.  After two weeks of searching, Orlando City announced Jason Kreis as their new manager.

Kreis comes into Orlando City after being fired from his previous job at NYC FC. Kreis seemed to have a rough time at NYC FC, unable to get anything going ending his career there with a 10-18-7 record.  That isn’t completely reflective of his accomplishments in 7 seasons with Real Salt Lake where his record was 102-77-60.  The list doesn’t stop there with just an impressive record but he won the 2009 MLS Cup as the youngest manager to do so. They also finished as runners-up in the 2013 MLS Cup, 2010 MLS Supporters Shield, the 2010-11 CONCACAF Champions League, and the 2013 US Open Cup. Not to mention, the six consecutive playoff births from 2008-2013.

He takes over an Orlando City team with 15 games to go and is currently eighth in the Eastern Division. He needs to get Orlando to the top six teams in the division in order to get them to their first playoffs and are only behind the 6th place team by one point. Kreis fizzled out with NYC FC but Orlando looks to him as the answer for the future of Orlando City. They look towards him as the guy that hopefully will bring Orlando City to their first playoffs ever.  Orlando’s first game coached by Jason Kreis is Saturday on the road against the Columbus Crew. 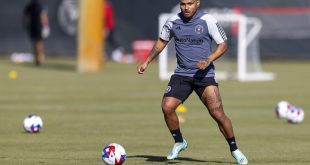