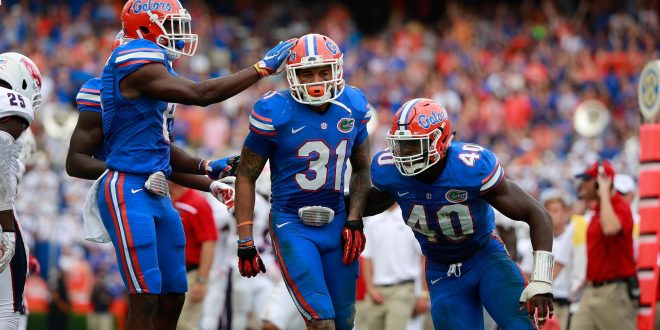 The Florida Gators come into this upcoming season, with a very inexperienced linebacker unit.  They lose defensive leader Antonio Morrison to the NFL Draft and Jeremi Powell who transferred to Toledo for his redshirt senior season. Bryan Cox Jr. was moved from the linebacker position to a defensive lineman leaving another slot open.  The Gators return starting linebacker Jarrad Davis, and look to fill some open spots in the linebacker position with some new talent.

Davis has been much of the talk around this year’s Gators defense emerging as the leader. Davis totaled 86 tackles and one interception in his junior campaign with the Gators. He turned down the NFL Draft to return for his senior season and improve his draft stock. After the SEC Media Days concluded, Davis was named to the preseason second team All-SEC . Davis believes that this Gator defense will be instrumental in the team’s success.  Davis looks to institute what he has learned from his time at Florida on to the field, but most importantly enjoy his last season as a Gator.

Coach McElwain has many choices in who to honor as a starting linebacker but he expects a lot out of them.  Two of the names being thrown around are junior Alex Anzalone and junior Matt Rolin for the duty of starting linebacker. In their combined five games played, they totaled 17 tackles.  They have some pretty big shoes to fill and look to impress not only their coach, but Gator Nation.

This linebacker unit is inexperienced, but with talent and potential to become the heart of the Gator defense. With the tough SEC schedule, the linebackers need to be ready every weekend to perform spectacularly. They will face three teams in the pre-season top 10 and four total teams in the pre-season top 25.  The Gators will begin their 2016 campaign against the University of Massachusetts Minuteman on September 3. 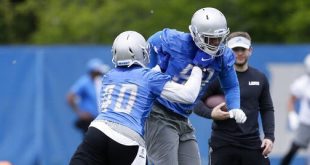 Tori Petry, Detroit Lions multimedia journalist and Florida alum, is prepared for another season of …