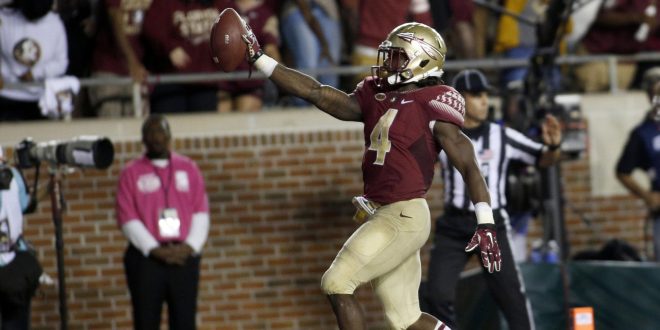 In the latest AP Poll the Florida State Seminoles are ranked fourth in the nation, trailing only Alabama, Clemson and Oklahoma. Unfortunately for the ‘Noles, with less than two weeks until FSU’s season opener against Ole Miss (Monday, Sep. 5), Head Coach Jimbo Fisher still feels that the team is not as mentally ready as they should be for how far they are into practice. The Seminoles recently suspended freshman quarterback Malik Henry indefinitely after a violation of team rules. With Henry expected to be in the battle for the backup quarterback position after Sean Maguire broke a bone in his foot on the second day of practice, FSU now only has two healthy backup quarterbacks to practice in redshirt sophomore J.J. Cosentino and walk-on Jake Rizzo.

The countdown is on! ⏲
2 weeks.#NolesCamphttps://t.co/MKnakJhmvK

While the quarterback battle draws the most media attention in Tallahassee, Coach Fisher said that now is when you find out who really wants to play and get out on the field. The ‘Noles finished last season with a 10-3 record ending their season at the Peach Bowl with a 38-24 loss against the Houston Cougars. The Gators will square off against Florida State in their usual regular season finale on November 26 at Doak Campbell Stadium.