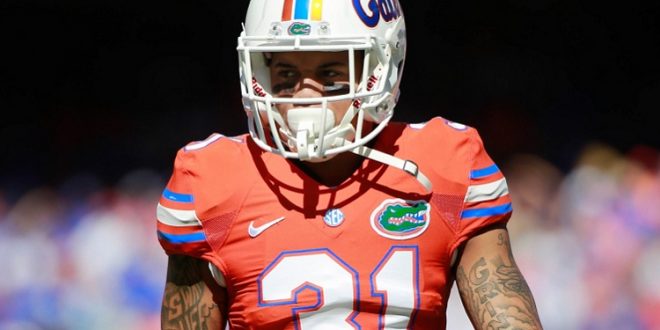 After a grueling camp of 22 practices so far, the Florida football team is finally looking towards their first opponent of the 2016 season, the University of Massachusetts. Today, Gator coach Jim McElwain talked about his team and some issues involving some of his players. He said cornerback Jalen Tabor and tight end C’yontai Lewis are expected to return to practice today but will still miss the first game on September 3. Tabor and Lewis were suspended due to fighting at practice as well as bantering on social media via twitter. The status of freshmen wide receivers Tyrie Cleveland and Rick Wells is not clear after they allegedly were caught shooting BB guns and damaging University of Florida property. McElwain did not give a timeline on the return of the freshmen.

The mother of Florida tight end C'yontai Lewis weighs in on the day's events. pic.twitter.com/R1BxJE7f6k

The confusion regarding wide receiver Antonio Callaway continues.  He continues to practice with the team but questions still linger on whether he will be able to play in the first game. Coach McElwain says the university has not made a decision yet concerning his game status after a Title IX hearing cleared him of sexual assault charges.