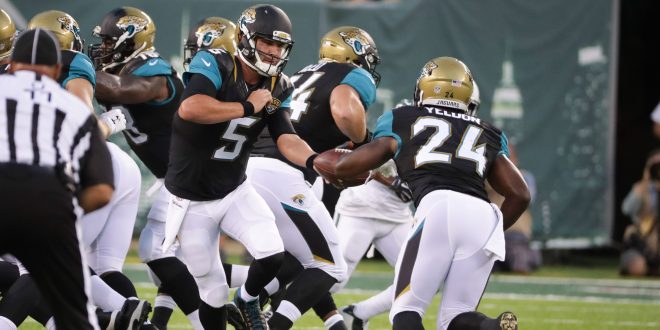 The Jags scored 376 points in 2015, the fifth most in team history and the club’s most since 2007. In 2015, Jags Quarterback Blake Bortles became the youngest of only three QBs in NFL history, joining Daunte Culpepper and Steve Young, to record 4,000+ passing yards, 35+ passing touchdowns and 300+ rushing yards in a single season. Wide Receiver Allen Hurns became the youngest undrafted player to produce 1,000+ receiving yards and 10+ receiving touchdowns. Bortles says the Jags have an impressive defense with a lot of first round picks.

After a fine performance in Detroit, the Bengals are traveling to Jacksonville for the last preseason game before the roster cuts to 75. Cincinnati will be especially hungry for a win against the Jags since they haven’t had a losing preseason since 2011. This is the Bengals first primetime game of the year. Both teams hope to get their starters plenty of reps, but at the same time remain healthy.

The Bengals have an impressive lineup that might leave the Jags in the dust. Andy Dalton ranks fifth among active quarterbacks with a .656 winning percentage as a starter. Dalton says although the team has a few young guys they are very talented and have a lot of potential to add to the team. Despite never making a Pro Bowl in his NFL career, Karlos Dansby is just one interception short to be the fifth linebacker all-time with 20+ interceptions and 40+ career sacks.

Kickoff for the game this Sunday at Everbank field is set for 8 p.m..