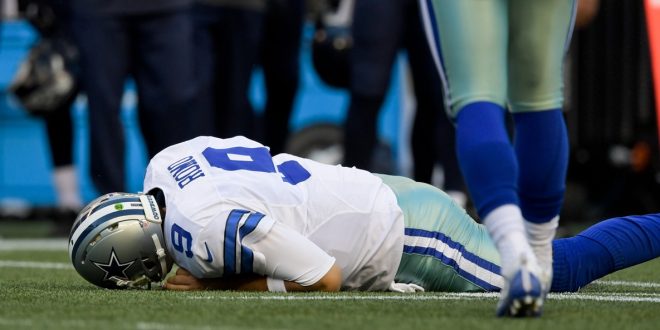 Cowboys’ Tony Romo Out With Back Injury

Dallas Cowboys Head Coach Jason Garrett announced this weekend that starting quarterback Tony Romo’s MRI revealed he had broken a bone in his back. Garrett says there is no timetable for his return, and he has played with a broken bone in his back before, but this will be day to day and will update as time goes on. Garrett says that he also will be in a back brace for the next two weeks as a part of his rehab. Sources say his back injury is a L1 compression Fracture.

UPDATE: Tony Romo has a fractured vertebrae and is expected to miss 6-10 weeks. (via @CBSSports & @toddarcher)

Romo’s injury occurred in Thursday’s preseason game against the Seattle Seahawks. After playing only three snaps, he was sacked from behind from defensive end Cliff Avril. Romo sat out the rest of the game and spent the second half in the locker room.

Jason Garrett has not completely ruled out Tony Romo from the season opener just yet because he has played with broken bones before. Garrett says that he will be in a back brace as a part of his rehab. Romo has started the last nine season openers for the Cowboys, but his streak may end due to this injury. Dak Prescott will be playing in Romo’s place for the remainder of the preseason and may even become the first Cowboys rookie Quarterback to start a season opener since 2001.

Tony Romo is listed as day-to-day and it is unclear when he will actually be able to return to the field this season. 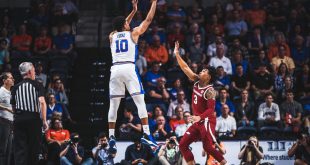 Junior guard for the Florida Gators men’s basketball team, Noah Locke, had a lot to …