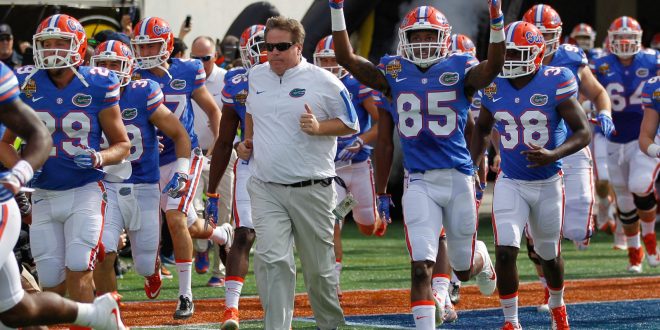 Gators DB’s Have Depth on Their Side

The wait is almost over for Gator fans with the 2016 football season set to begin Saturday.  The Florida football team opens its season Saturday at home against the University of Massachusetts Minutemen.

Florida is coming into this season with a strong roster of defensive backs.  Marcus Maye will lead the team this year at safety. The red shirt senior earned First Team All-American honors in 2015 and he could be a huge contributor to the Gator squad once again.

“As a team, [we want to] come out each week and get better. Obviously our goal is to win every game, so that’s what we look forward to,” Maye said earlier this week.

Teez Tabor is another strong returner for the Gators.  In 2015, Tabor returned two interceptions for touchdowns and managed 18 pass deflections on the season.  The junior, who was named All-SEC last season, will not play this weekend however because he is suspended.

Tabor wasn’t the only Gator defensive back to score a touchdown last season.  Red shirt junior Nick Washington returned a fumble against Georgia last season for a touchdown.  The safety managed to notch 28 tackles on the season as well. 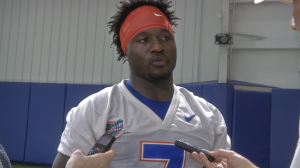 One player with skill and versatility is Duke Dawson.  The junior shows his talent with his ability to play corner back and safety.  He says he is a versatile player because he trained himself in all of the positions.

Quincy Wilson should be the other starter at corner for the Gators this Saturday and the hope is that a lot of young players in the defensive backfield will also get a chance to play in this game.  Kickoff is set for 7:30 pm at Ben Hill Griffin Stadium.  Coverage will be begin at on ESPN Gainesville 95.3 FM and AM 850 WRUF at 3:30 pm.