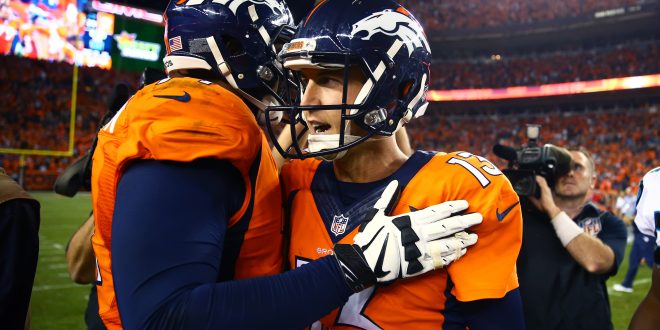 The NFL kicked off its new season Thursday night in Denver, Colorado and it was a rematch of the 2016 Super bowl. The Denver Broncos started a little differently Thursday without the retired Peyton Manning but that didn’t stop them.

Trevor Siemian started for the Broncos at quarterback and completed 18 of 26 passes for 178 yards, with two interceptions and one touchdown for his first victory and start in the NFL. Siemian is also the first quarterback in NFL history to start the season opener for the defending Super Bowl Champion without even throwing an NFL pass. The Broncos defeated the Carolina Panthers 21-20 on Thursday night. Siemian says that he knew it was going to be a tough effort but still had fun with his first win.

Reigning MVP, Carolina quarterback Cam Newton, was sacked three times and beat up pretty badly by the Bronco defense. Newton threw for 195 yards, with one interception while completing 18 of 33 passes with one touchdown. Newton says he didn’t feel well during the game against the Super Bowl champions.

Cam Newton remains in the game after taking blow to the skull: pic.twitter.com/1wDUXWisCG

For the Broncos, DeMarcus Ware led the way on the defensive side with 1.5 sacks.

Late in the game with Carolina driving, Denver’s Von Miller, made a big play and swept past right tackle Mike Remmers for a sack of Newton.  This set up fourth and 21 from the Carolina 29 and at the two minute warning, Newton’s pass was incomplete but the Panthers got a reprieve when Denver cornerback Chris Harris Jr, whose interception led to a Denver score minutes earlier, was called for illegal use of hands.

The Panthers took a 17-7 lead into the fourth quarter, but Siemian hit running back C.J Anderson for a 25 yard touchdown pass to cut into the lead.  Anderson had 139 total yards, 92 rushing and 42 receiving while adding two touchdowns for the Broncos.

Later, a Newton was intercepted by Harris at the Carolina 23 and 10 plays later Anderson scored from the one yard line, giving Denver its first lead at 21-14 with 9:26 left.

In the closing seconds of the game Newton led his team down the field, hitting receiver Kelvin Benjamin with a 21 yard pass to the Denver 32 and a short pass to Ted Ginn Jr. gave the Panthers a shot at a game winning field goal.   Graham Gano hit a field goal but time out had been called before the kick; his next attempt from 50 yards missed and the Broncos escaped with the win.

With Colin Kaepernick’s protests during the national anthem during games, he has inspired others to do the same. At the singing of the National Anthem Thursday night Broncos linebacker Brandon Marshall did the same and took a knee during the anthem. Marshall who is close with Kaepernick, felt that it was the right thing to do in his eyes.

Former Gator Max Garcia was the starting center for the Broncos in the game as well. 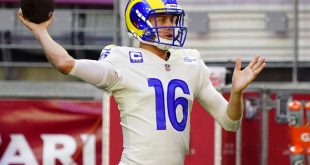