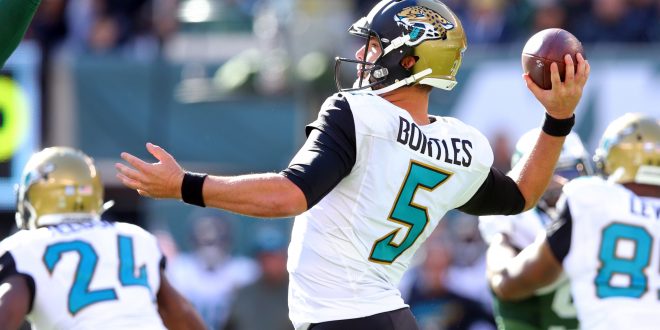 The NFL’s regular season opener is Thursday, but many other teams are preparing for their first game on Sunday, including the Jacksonville Jaguars and the Green Bay Packers. This will be the first game in eight seasons where the Packers will play at the sold out EverBank Field.

The Jags have continuously struggled when it comes to home openers. Back in 2013, they lost 28-2 to Kansas City. In 2014, Jacksonville lost 44-17 to Indianapolis, who went 11-5 and lost in the AFC title game and last year they suffered a 20-9 blowout to the Carolina Panthers who lost in the Super Bowl.

Now, Jacksonville is up against the Packers who have made an appearance in the playoffs seven straight times and have star athletes like quarterback Aaron Rodgers, receiver Jordy Nelson and defenders Clay Matthews, Julius Peppers and Sam Shields.

Jaguars’ head coach Gus Bradley says coming out of preseason, it is important to get off to a fast start offensively and stay consistent throughout the game on Sunday.

Green Bay looked impressive during the preseason, finishing 3-1. Eddie Lacy lost over 20 pounds and showed a good ability to carry tacklers and run as he rushed for 114 yards and one touchdown on 20 carries. Lacy struggled in 2015, but with his time spent on his physique and a healthy offensive line, he is primed for a breakout season. He has also shown a dedication to running the ball during the preseason, racking up 45 yards on the Packers’ first two possessions against the 49ers.

The Packers will be behind Aaron Rodgers who has thrown for at least 31 touchdowns in four of the past five seasons and they’ll start the season with an added weapon, No.1 receiver Jordy Nelson who sat out the entire 2015 season after suffering from a torn ACL.

The Jaguars have third-year quarterback Blake Bortles who passed for 35 touchdowns last season, but he also threw 18 interceptions.They also have second-year wide receiver Allen Robinson who was a breakout fantasy star last season with 1,400 receiving yards and 14 touchdowns. Jacksonville is also looking to start rookie Myles Jack at weak-side linebacker. Jack was considered one of the best coverage linebackers in the draft and his versatility was one of his most notable attributes in college.

Bradley says Jack will probably work into the rotation.

Jacksonville’s preseason had a few hiccups with three losses and one win, but they can play defense well and they have the players to score points. The plus-4 1/2 home underdog have a lot of expectations to live up to on Sunday, but they are hopeful for good results from their young and healthy team.