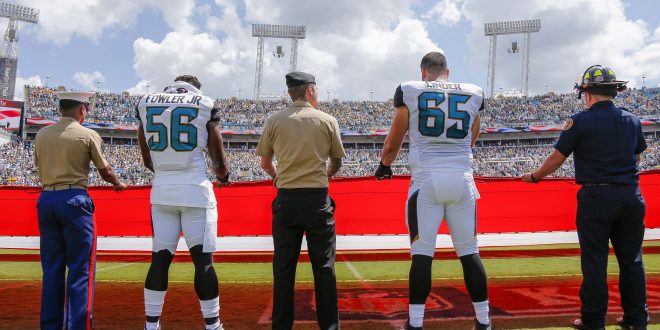 Former Gator football player Dante Fowler stepped out onto EverBank Field this past Sunday for his first NFL game with the Jacksonville Jaguars.

Fowler had three total tackles, one for a loss, in the Jags 27-23 loss against the Packers Sunday.

Fowler had injured his ACL early in rookie minicamp last year after being the third overall pick in the 2015 draft. During his stellar college career he was selected to the All-SEC First Team, voted the Defensive MVP and Ray Graves Award winner, named a second team All-American, among other accolades.

This offseason, the Jaguars intensified their pass rush by adding former Bronco Malik Jackson and selected Yannick Ngakoue out of Maryland in the third round, but Fowler is the player Jacksonville is counting on most to make an impact.

For Fowler, he said he felt blessed to be able to play in Sunday’s game.

The Jaguars are expected to ramp up their rushing schemes as the regular season begins.

Next up for Fowler and the Jags is a date with the Chargers in San Diego Sunday at 4:25 p.m.