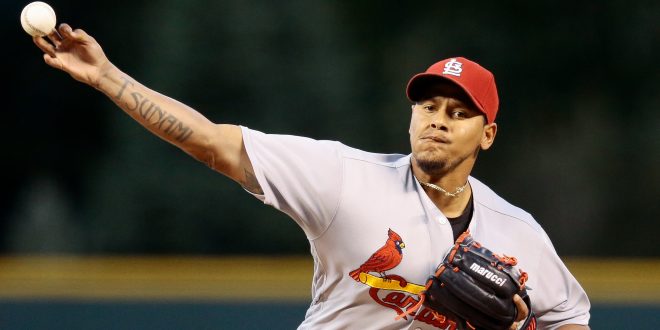 With just nine teams left in the National League wild card race, three lead their divisions, three are tied for the wild card spots, and three are trying to push into a spot themselves. But just a week and a half remains of the regular season.

The three division leaders — the Washington Nationals, Chicago Cubs and the L.A. Dodgers — all have relatively comfortable leads. Each leads their division by at least six games, and the Cubs have already clinched. All have been 5-5 or better in their last 10, but must sustain their success if they want to avoid a collapse.

Wednesday’s games had huge implications on the playoff hopes for several of the National League teams, resulting in a three-way tie for first place in the race. After the Mets lost 4-3 to the Braves and the Cardinals lost 11-1 to the Rockies, the Giants had a chance to break away from the pack, but ultimately fell 9-3 to the Dodgers.

The New York Mets, San Francisco Giants and St. Louis Cardinals are knotted up for the two wild cards spots, each sporting a record of 80-72 on the season. However, all three seem to be on the down-swing as the season comes to a close; each sports a 5-5 record or worse in their last 10 games. In spite of their recent struggles, Mets team manager Terry Collins says that they must continue focusing on winning.

The Mets dropped their last three in a row after getting swept by the Atlanta Braves in their last series, while the Giants have dropped seven of their last 10 and are coming off of a loss as well. The Cardinals lost their most recent game too, but team manager Mike Matheny knows that they control their own destiny and can only worry about themselves.

But while three teams are slowing down, the three teams on the bubble are heating up. The Pittsburgh Pirates, Miami Marlins and the Colorado Rockies are 3.5, 4 and 7 games behind a wild card spot, respectively. The Pirates, especially, are making their playoff push, having won seven of their last 10, including their last two. The Marlins and Rockies have also done well, going 6-4 and 5-5 in their last 10.

With only 10 or 11 games left for each team, every game counts. The Pirates, Marlins and Cardinals all have easier schedules ahead, getting to finish out seven of their last ten games in front of their home crowd. That should help the Cardinals as they look to pull ahead of their three-way tie, and will be a factor in the Pirates and Marlins making their push into a wild card spot of their own.

The Rockies and Mets, however, can’t say the same. They will only play three and four of their last ten at home, respectively. Colorado, especially, must make the most out of their road games as only four losses stand between them and elimination.

To make the race even tighter, each wild card team has three more games against one another. The Mets and the Marlins will play a three game series at Miami, the Giants and Rockies will play a series in Colorado, and the Cardinals and Pirates will each end their seasons with a series in St. Louis.

The regular season ends on Oct.2.