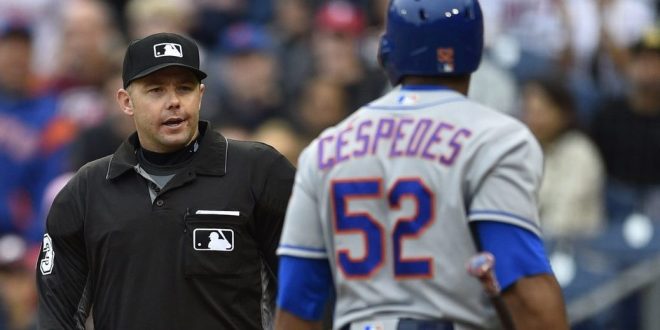 The National League Wild Card Game means forgetting about all the work that both teams have accomplished over the season and focusing on winning one game. It’s win or go home. The game will feature the San Francisco Giants and the New York Mets who will play at Citi Field in New York. This game has one main component that could decide the game’s outcome: Pitching. Both teams are very offensive heavy, however, this match up will feature two of the best pitchers in the MLB.

It will be a match up between Madison Bumgarner and Noah Syndergaard, who stand respectively at third and fourth in ERA this season. Both Pitchers have their advantages and disadvantages, and they could be the deciding factor in who travels to face the top seeded Chicago Cubs in the NL Division Series.

The left handed Bumgarner has had some experience in this game having played in the 2014 Wild Card game. In this game, he threw a four hit shutout against the Pittsburgh Pirates which led to the Giants long playoff run to the World Series. He has the edge in terms of his ability to play deep into games as he has seen 226 2/3 innings while Syndergaard has seen 183 2/3 innings. Bumgarner is very successful when starting at Citi Field. He is 4-0 with an ERA of 0.62 is four career starts. It will be a task that will show if the previous success he has had in the postseason (14 career playoff starts, 7-3 record, 2.14 ERA) can continue.

Syndergaard has also had success in the post season. He came out of the bullpen to pitch a scoreless inning against the Los Angeles Dodgers in last years NLDS and then went on to beat the Chicago Cubs in Game three of NLCS. He followed that with a win in Game two of the World Series against the Kansas City Royals. So, like Bumgarner, he has had some postseason experience too. However, unlike Bumgarner, he is right handed and will look to his 2.60 ERA over the season to get him the win.

In there previous match-up pitching against each other at Citi Field on May 1st, Bumgarner went six scoreless innings and definitely had the edge on Synergaard.

The warrior is ready. #LGM pic.twitter.com/MmhxsWTkhb

The Mets have the edge on the Giants this season, going four and three in their seven game series. The Mets took the first two games winning both at home. They then fell to the Giants three games in a row, losing one at home and then the next two in San Francisco. And the last two games belonged to the Mets, who stole two games on the road to put them on top in the season series. The two pitchers only faced each other once, so this deciding game should be interesting.

Road to the Playoffs

The road to the playoffs has been different for each team. Going into All-Star break, the San Francisco Giants were leaders of the NL West by six and a half games. They were 57-33 and have gone 30-42 since the break. On the other hand, the New York Mets were in a heavy race for the wild card position at 47-41 going into all star break. Although injuries have been something they have had to deal with, they finished the last month of the season 18-11 to allow them a position and home field advantage in the Wild Card game.

New York Mets: Look out for key player Yoenis Cespedes who leads the team in Home Runs (31), RBI’s (86), and on-base percentage (.354) to lead the Giants. Additional players to look out for: Asdrubal Cabrera, Curtis Granderson, and Neil Walker.

This game will be one to watch as two of the best pitchers will meet on the mound. You can catch live coverage of the game on ESPN Gaineville 95.3 starting at 8 p.m.