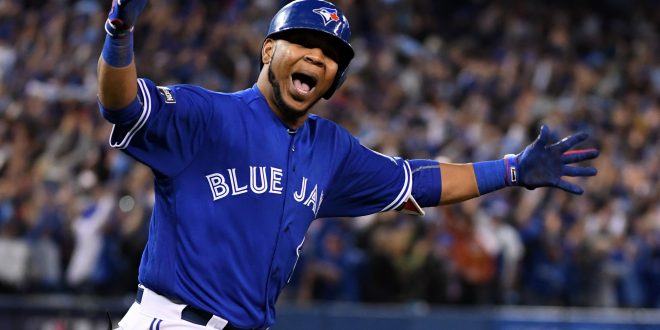 The Toronto Blue Jays advanced to the American League Division Series with a 5-2 win over the Baltimore Orioles Tuesday night. The two teams were neck and neck, but a walk-off home run ended it all.

The Jays opened scoring in the AL Wild Card matchup at Rogers Centre with a second inning solo home run from Jose Bautista.

The Orioles took a 2-1 lead in the fourth inning on a two-run homer from Mark Trumbo off Marcus Stroman. Trumbo’s 354-foot homer was his shortest ever home run. Stroman pitched six solid innings, allowing two runs on four hits and striking out six.

Ezequiel Carrera tied the game 2-2 with a single to the center in the fifth.

Blue Jays manager John Gibbons says this last month has been a grind and the team has really stepped up.

Orioles left-hander Brian Duensing was replaced by right-hander Ubaldo Jimenez, who gave up singles to Devon Travis and Josh Donaldson.

Then Jimenez threw to Edwin Encarnacion who unloaded on the pitch, hitting a three-run homer in the 11th inning.

The parrot has left the building. The home run by Edwin Encarnacion that sent the #BlueJays into the ALDS. #OurMoment pic.twitter.com/IVNoiCgIh9

Gibbons says he expected a lot of home runs, but it was an entertaining ball game and both teams deserved to win.

Baltimore used seven of its 10 pitchers, and surprisingly did not use closer Zach Britton.

Britton says it is tough knowing he was not able to contribute to the final game and now has to go home.

Orioles manager Buck Showalter says all of the pitchers played well throughout the game .

Toronto closer Roberto Osuna was pulled in the 10th inning with a bothered shoulder.

The Orioles’ season came to a halt and the Blue Jays will have a rematch of last year’s five-game classic.

The ALDS is set… pic.twitter.com/5v5jtyBfe6

Toronto opens the ALDS against the Texas Rangers on Thursday in Globe Life Park. Last season the Rangers won the first two games. The Blue Jays came back and defeated the Rangers with a three-run homer in the seventh inning of Game 5. 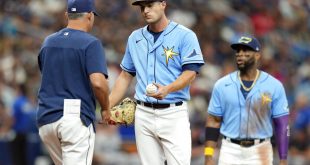