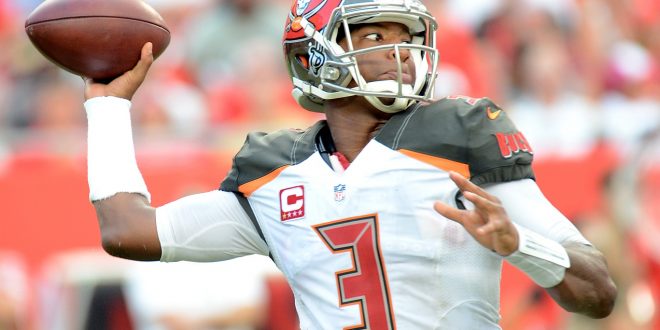 Each time Jameis Winston throws the ball, the fans of the Tampa Bay Bucs seem to grow more and more uneasy. While Winston has certainly done some good things, he has also hurt Tampa Bay so far this season with turnovers. With Sunday’s loss to the Broncos, the Bucs have fallen to 1-3 on the year. A big component of the struggles this team has faced lies in the amount of turnovers they have allowed.

Sunday’s loss to the Denver Broncos marked the third loss in a row for Tampa Bay. The game was a prime example of the struggles Jameis Winston has faced this season. He threw two picks in the first half, both to former Buc Aqib Talib. Charles Sims later fumbled, further worsening the offensive situation.

Throughout the first four games of the season, Winston has thrown eight interceptions. This downward trend seems a little to familiar; Winston threw a total of seven interceptions throughout the first four games last year. He is known to be very competitive, which can be a good trait. However, it can also have some negative aspects. Bucs head coach Dirk Koetter says Winston can be too eager to make a play, sometimes choosing to throw the ball when it isn’t necessary.

Tampa Bay's 10 turnovers this season have resulted in eight scores, including 7 touchdowns & a total of 51 points.

While there are a lot of excuses that can be made for Tampa Bay’s offensive struggles, one area the Bucs undoubtedly need to improve in is their running game. Injuries have plagued the team for quite some time. Their star running back Doug Martin has been hurt last year and this year with a hamstring injury. Charles Sims has not been able to step up in the way Tampa Bay hoped he would. Therefore, with the running game lacking, Winston is forced to throw more often. However, even though Winston is being relied on a little too much, his turnover rate is still very concerning.

The Bucs will be heading to Carolina for a Monday night matchup against the Panthers.

Born and raised at the ballpark! Typically quiet- until it comes to sports. I'm a South Florida native with a passion for baseball nearly as strong as my faith. Grew up in garnet + gold, turned out sporting orange + blue. Likely to be found with a camera. And yes, I take food pictures.
@victoriarossman
Previous Family, Friends, Golfers, Gather to Honor Arnold Palmer
Next Blue Jays Beat Orioles With Walk-Off Homer in AL Wild Card Game