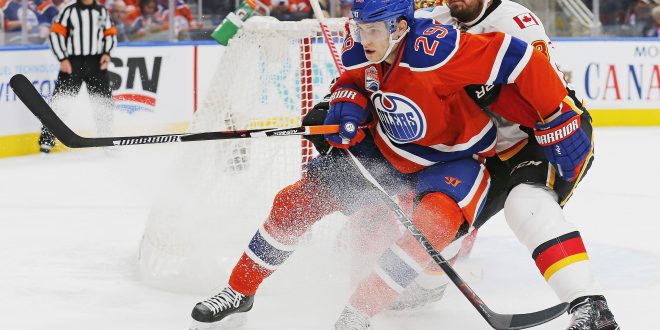 The NHL season started 2016-17 with a bang on Wednesday. Toronto Maple Leafs center Auston Matthews put on a show, scoring four goals against the Edmonton Oilers in his first game.

Auston Matthews had the best NHL debut of all time. pic.twitter.com/swaKCrtvWD

All the might from the Eastern Conference comes from the state of Florida. Former NHL coach and current analyst Barry Melrose thinks the Tampa Bay Lightning and Florida Panthers are the teams to beat. The Panthers are coming off a 47-26-9 season where they finished first in the Atlantic Division and third in the conference. Florida failed to make it past the quarterfinals of the Stanley Cup however, losing to the Islanders. This season they’re back in a strong position but injuries will go a long way in determining their course this season. On Saturday, Jonathan Huberdeau suffered an Achillees tendon injury in an exhibition game. He’s expected to miss three to four months. Center Nick Bjugstad is out a month with a broken hand. They open the season against the New Jersey Devils tonight at 7:30 p.m.

The Lightning enjoyed more success than their in-state counterparts last year. They finished 46-31-5 and got as far the as the Eastern Conference Finals until they lost to the Penguins in Game 7. GM Steve Yzerman masterfully retained Steven Samkos and Victor Hedman on the team and resigned Nikita Kucherov, the team’s leading scorer last season. Their core is back and Tampa is once again on the upswing, ready to claim the top spot in the Eastern Conference.

The San Jose Sharks are looking to reach the Stanley Cup Finals again after losing to the Penguins last season. San Jose is coming off a 46-30-6 season that was only good for a sixth-place finish. But they’re in good position to make one last run with their expiring core of Joe Thornton, Patrick Marleau and Brent Burns, who are all free agents after this season. Despite the collective age of the trio, Melrose thinks they’re the team to beat.

The Capitals, who topped the Eastern Conference last season, are looking to avoid failing in the playoffs again. Last year, the Penguins knocked them out. With Alex Ovechkin and Braden Holtby, the Vezina award winner, the Capitals are primed to continue their streak of dominance.

The NHL is experiencing a new wave of young players set to dominate the league for the next decade. Oilers center Connor McDavid and Sabres center Jack Eichel made waves last season. Each is considered a generational talent and the Oilers named McDavid their captain earlier this month. He’s the youngest NHL captain ever at 19 years and 266 days. Matthews already announced his presence in the league. Tyler Seguin is still 24 and his productive is still trending upwards.

The chase is officially on for the Stanley Cup.